A shocking discovery was made in downtown Houston late Thursday afternoon when construction workers came across what appears to be a cannonball or a potential explosive device. FOX 26 Houston's Randy Wallace has more!

HOUSTON - A shocking discovery was made in downtown Houston late Thursday afternoon when construction workers came across what appears to be a cannonball or a potential explosive device.

Harris County officials say the cannonball estimated to weigh more than 80 pounds underneath Caroline St. and Preston, where construction workers found it before the streets were closed down.

"They located it here during a construction project," said Precinct One spokesman Kevin Quinn.

The crew was digging 18 feet into the ground and about 18 feet from the curb when they found it.

"They first noticed a brick wall as I understand it then a wooden pile on," Quinn said "When they broke through that’s when they hit what we now believe is a cannonball. It’s described as about 10 inches in diameter about 80 pounds or so."

Evacuations were later ordered for the first two floors of the HC Juvenile Justice Center, which is adjacent to the area, as a precaution. 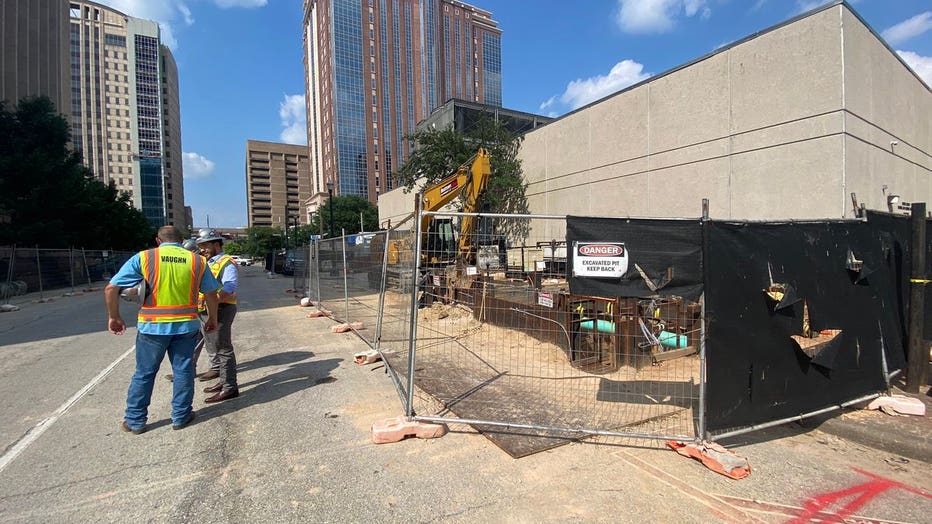 Meanwhile, the Bomb Squad used an x-ray to investigate the cannonball before it was ultimately taken to a nearby gun range, where it was safely detonated. The roadway was reopened before 6 p.m.

Local historians like Mister McKinney of Mister McKinney's Historic Houston say it's hard to say where the cannonball came from but is an interesting find, regardless.

"It’s not a cannonball from the 1820’s we’ve already discovered that," McKinney said. "It’s not one of the ones from the San Jacinto Battle that we saw discovered by the battlefield. We know it’s probably from the 1860s."