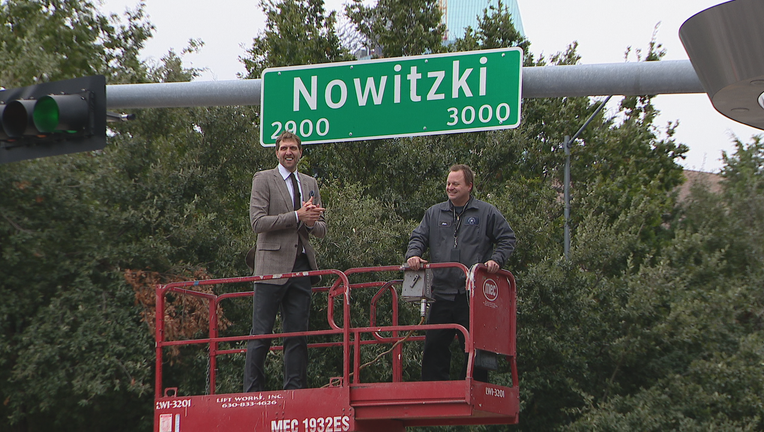 DALLAS - Olive Street in front of the American Airlines Center has officially been renamed Nowitzki Way.

Nowitzki retired last season after 21 years with the Mavericks.

“Since he came to Dallas from Germany more than two decades ago, Dirk has made a tremendous impact on our city. His work ethic and his play on the court were legendary, and his philanthropic efforts continue to be sublime,” said Mayor Johnson. “It is fitting that we are renaming a street to honor him both as a person and as the greatest Maverick of all time.”

“To have a street named after me is such a huge honor. This city has given me much more than I could have ever imagined, and I will forever be grateful,” Nowitzki said. “Thank you, from the bottom of my heart.”

Nowitzki Way is located in front of the AAC, between North Field Street and Victory Avenue.