LOS ANGELES - The long-awaited fourth season of "Stranger Things" will be released in two parts, Netflix announced on Thursday — and the fifth, when it arrives, will be its last.

The first half of the season will debut on May 27, and the second half will follow on July 1. Show creators Matt and Ross Duffer, known as the Duffer Brothers, wrote a letter to fans that also included news that "Stranger Things" has been renewed for a fifth and final season.

"With nine scripts, over 800 pages, almost two years of filming, thousands of visual effects shots, and a runtime nearly twice the length of any previous season, ‘Stranger Things 4’ was the most challenging season yet, but also the most rewarding one," the Duffer Brothers wrote. "Everyone involved is incredibly proud of the results, and we can’t wait to share it with you."

They noted how season four will be "better than ever," and also how it’s "the beginning of the end." 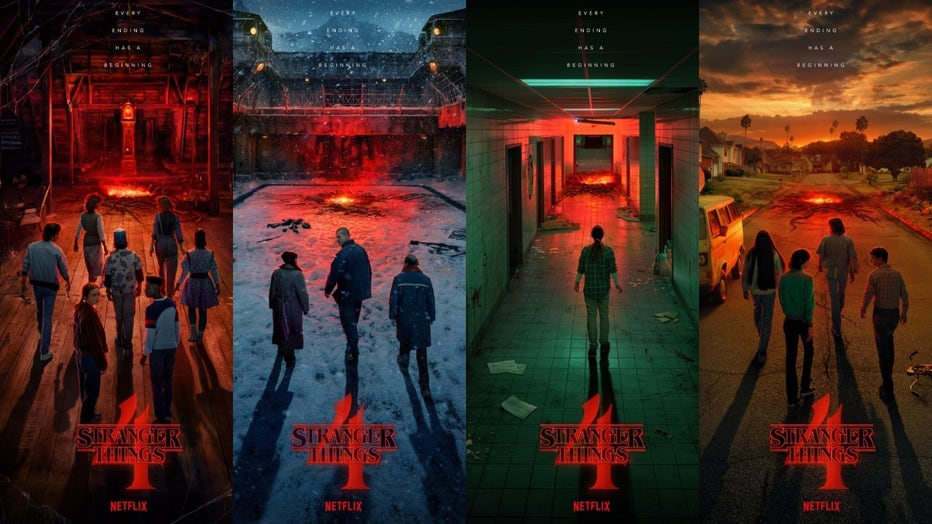 "Seven years ago, we planned out the complete story arc for "Stranger Things," the Duffer Brothers wrote.

Season 3 came out on July 4, 2019. Fans have been waiting anxiously for the new season of the hit Netflix sci-fi series, which previously dropped trailers for season 4 back in 2019, as well as a teaser in November of last year.

Netflix has released its top picks of the year in TV series, films and specials.

Battlestar Galactica (2004-2009): One of the very best contemporary space operas came into being as an oddball TV reboot (you can stream the original series for free, too). Three Emmys, many Cylons and one devoted fandom later, it’s regarded as a soon-to-be classic, anchored by great performances from Edward James Olmos, Mary McDonnell, Grace Park, Katee Sackhoff, James Callis and the incredible Tricia Helfer, among others. So say we all. Rated TV-14. 74 episodes.

Scooby-Doo Where Are You? (1969): If the kid in your life doesn’t already know this show’s iconic theme song by heart, now is the perfect time to teach them. Rated TV-G. 25 episodes.