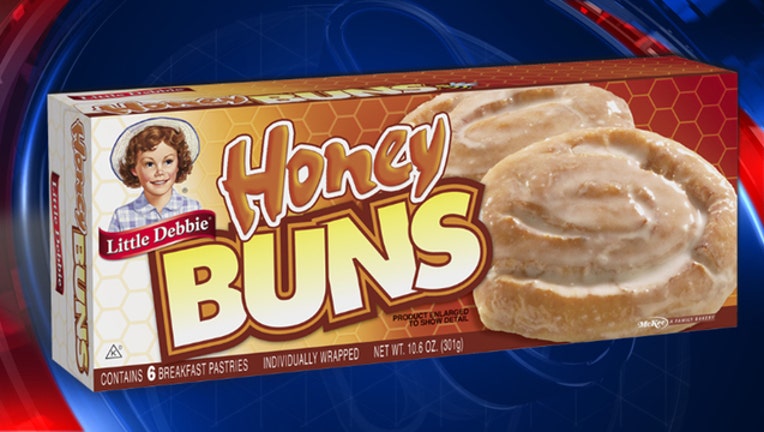 DETROIT (WJBK) - Detroit police are trying to track down two men who stole three boxes of honey buns and then pointed a gun at a security guard.

Police were called to a gas station in the 8000 block of Woodward around 1:30 Sunday morning to a report of an armed robbery.

According to the gas station's security guard, a man walked into the store, picked up three boxes of honey buns and then walked out of the store. The security guard tried to stop him and that's when the theft became an armed robbery.

The guards said the suspect pointed a gun at him and told him to step back. The guard did as he was told while the man walked out of the store and got into a gray Honda.

Police said they're looking for two black men for the stick armed robbery. One is 5'11", 150 lbs, dark complexion, and was wearing a black shirt and dark shorts. The other suspect is 5'7", 165 lbs, clean shaven with a medium afro and light complexion. He was wearing a white t-shirt and beige Dickies.

The 2-door Honda has a temporary tag in the back window.