Sellers and customers of the product known as CBD oil are worried the state of Texas could soon seize the product from store shelves.

Many use the oil for medical reasons, and experts say it doesn't give you a high. But a state department is currently weighing a policy that would let food inspectors remove the oil from stores.

The number of stores that sell the product is on the rise. There are several here in North Texas.

A spokesperson says food inspectors were seeking guidance from the Texas Department of Health Services on what to do when they saw the oil, a food additive, in stores. So the department proposed a policy. At least one local business says it would force them to close their doors.

Since opening her doors in October 2016, Chelsea DeVos has seen a steady stream of customers inside her Dallas store called ‘The Cherry Apothecary.’ Inside is a slew of health products, but her crown jewel is products rich in CBD.

“I started taking it personally for anxiety and for physical pain,” she said. “And just a night and day difference.”

The product is often added to foods or drinks as an oil, but it can be consumed a number of ways. Experts say though it does come from a cannabis plant, it won't give you a high.

It's relief that DeVos’ customers say they have felt themselves.

“It's actually been helpful,” said customer Irwin Barnes. “I started taking CBD pills about a year ago for my auto-immune intestinal issue, and it's really reduced the pain and inflammation there.”

But access to CBD-rich oils could soon change. The Texas Department of State Health Services is weighing a proposal that the Texas Cannabis Industry Association refers to as an "unprecedented banning of hemp-CBD products in the state of Texas." They also go on to say “this would present a blow to the liberty of thousands of Texans who choose hemp-CBD as a general wellness product and rely on it for the natural treatment of serious medical conditions."

CBD oil vendors insist the products do not have any THC, which is the chemical that causes a high.

Meanwhile, the state insists It’s a controlled substance and is treating it as such.

“CBD and THC are compounds that are considered controlled substances by the DEA,” said Lara Anton a spokesperson for the state health department. “And they're adulterants for additives, and they are not on the generally regarded as safe list provided by the FDA for food additives.”

The state is currently receiving public comments. Officials could decide against or tweak the proposal. But if it goes through, it could be life-changing for some across North Texas.

“It would completely shut our shop down,” DeVos said.

The Texas Department of Health Services is taking public comments until Monday at foods.regulatory@dshs.texas.gov.

The commissioner would then weigh what to do next. A spokesperson says it isn't clear how long that would take. 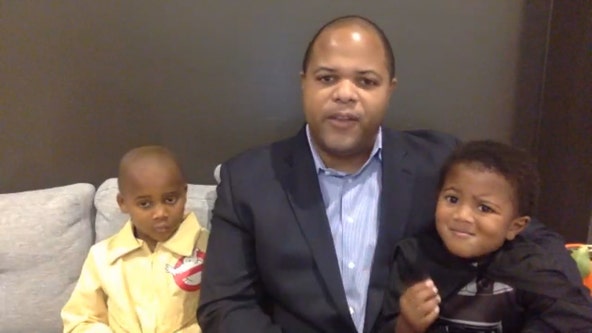