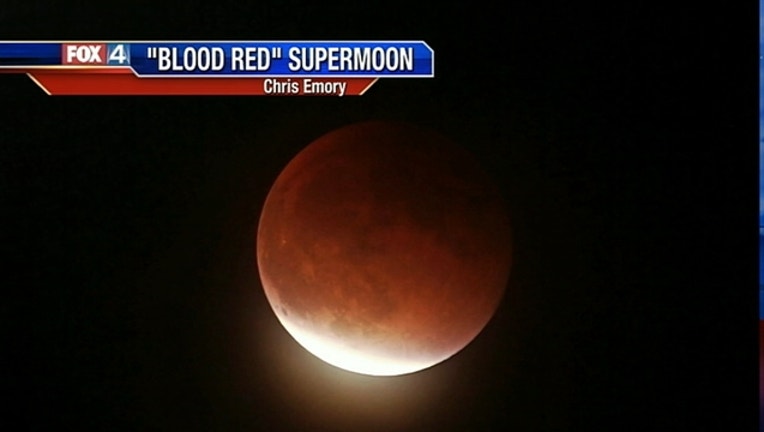 LOS ANGELES (AP) — Stargazers were being treated to a rare astronomical phenomenon when a total lunar eclipse combined with a so-called supermoon.

Those in the United States, Europe, Africa and western Asia can view the coupling, weather permitting, Sunday night or early Monday.

It was the first time the events have made a twin appearance since 1982, and they won't again until 2033.

When a full moon makes its closest approach to Earth, it appears slightly bigger and brighter than usual and has a reddish hue.

That coincides with a full lunar eclipse where the moon, Earth and sun will be lined up, with Earth's shadow totally obscuring the moon.

In Europe, the action will unfold before dawn Monday.

In Los Angeles, a large crowd filled the lawn of Griffith Observatory to watch the celestial show while listening to Beethoven's "Moonlight Sonata" played by 14-year-old pianist Ray Ushikubo.

"You always want to see the eclipse because they're always very different," said astronomer Edwin Krupp, the director of the hilltop landmark.

Krupp said the additional component of the earth's atmosphere adds "all kinds of twists and turns to the experience."

"What we see tonight will be different from the last event: how dark it is, how red it is. It's always interesting to see," he said.