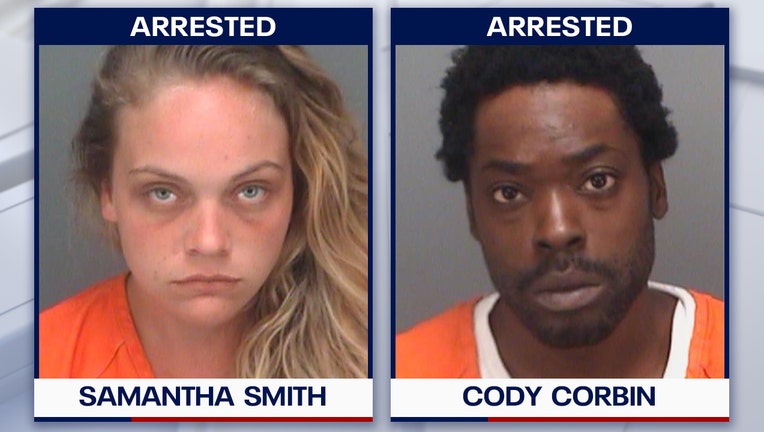 ST. PETERSBURG, Fla. - A St. Petersburg couple is behind bars, accused of abusing a 6-year-old boy in their home for several years.

The Pinellas County Sheriff's Office said 26-year-old Samantha Smith and her boyfriend, 31-year-old Cody Corbin, beat the child and withheld food from him.

Detectives began their investigation on May 14 after deputies found multiple injuries on the boy after responding to the home.

A medical examination team determined the child had injuries and permanent scars on his body from being physically abused for at least four years.

Investigators said Smith and Corbin would bite his shoulders and toes, pinch his genitalia, beat him with objects, and punch and kick the child, causing multiple bruises, injuries and scars.

Smith would then put makeup and temporary tattoos over the boy's injuries to hide them, and never sought medical treatment, the sheriff's office said.

Detectives said the couple would also withhold food from the child as a form of punishment.