Netflix was top-performing stock of decade, yielding around 4,000 percent return

Netflix, the streaming giant, was the top-performing stock of the decade, yielding around a 4,000 percent return.

The streaming service said the Korean survival drama officially reached 111 million household views since its Sept. 17 debut, topping the previous record set by "Bridgerton" which was seen by 82 million households following its launch.

The 111 million views represent the number of Netflix accounts that watched at least two minutes of the show.

"Squid Game," which has captivated global audiences, follows a group of desperate adults competing in deadly children’s games for a chance to win a massive amount of money and escape severe debt. It follows Seong Gi-hun, a laid-off autoworker coping with a broken family and struggling with constant business failures and gambling problems.

Seong battles hundreds of other financially distressed players in a hyper-violent competition for the ultimate prize of 45.6 billion won ($38.2 million USD), with losers being killed at every round. 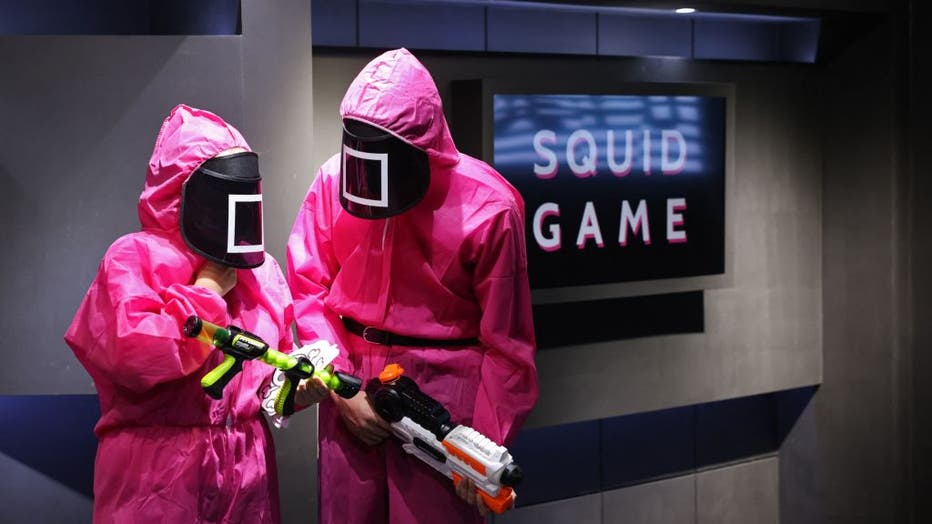 FILE - Participants take part in an event where they play the games of Netflix smash hit "Squid Game" at the Korean Cultural Centre in Abu Dhabi, on Oct. 12, 2021. (Photo by GIUSEPPE CACACE/AFP via Getty Images)

The South Korea-produced show quickly reached No. 1 in 90 countries, helped in part by Netflix’s investment in subtitling and dubbing it into more than 30 languages, according to Deadline.

The series’ success over "Bridgerton," a Regency-era romantic drama based on the popular book series, was previously teased by Netflix co-CEO Ted Sarandos during the Code Conference last month.

Sarandos said during the tech conference that the Korean dystopian show "will definitely be our biggest non-English language show in the world, for sure," according to CNET.

He added that there was "a very good chance it's going to be our biggest show ever."