The Spaghetti Warehouse will close its Dallas West End location on Oct. 20.

DALLAS - A Dallas West End icon is closing at the end of the week.

The Spaghetti Warehouse opened 47 years ago on Market Street. It will close its Dallas West End location on Sunday.

Cindy and Elton Quebe heard about the closure of their favorite Italian restaurant and rushed to the location for one last fix.

“We’ve been coming here since the early 70s since they opened,” they said.

It joins other shuttered neighborhood mainstays, like the Palm Restaurant that closed after 33 years in 2017. It’s soon to become be the museum of illusions. 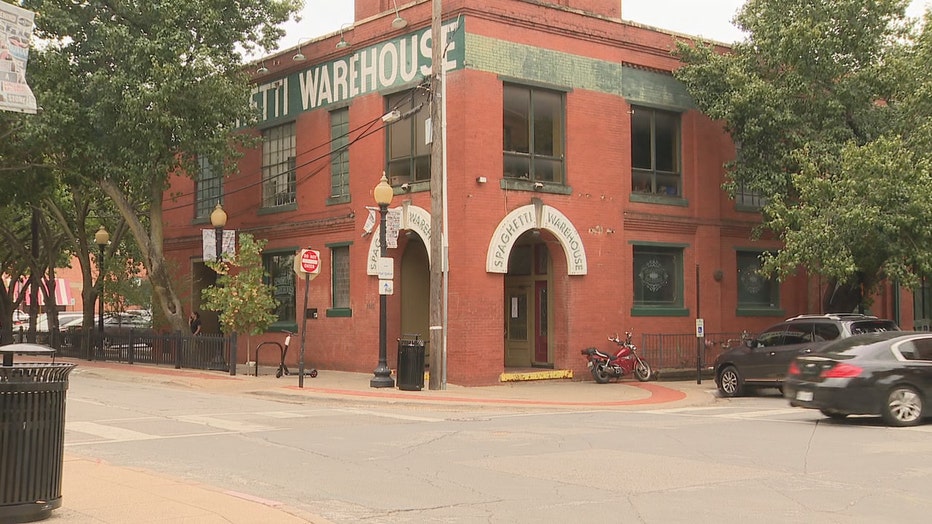 Brad Norris is the Spaghetti Warehouse Director of Operations. He said several factors led the restaurant chain to end its long-time lease. The building is now up for sale.

Jeremy Scott is president of the West End Association and owner of Tutta's Pizza that’s near the new $78 million Holocaust museum. He said reconnecting the West End and Victory Park this summer with a walkway was one step forward.

Another big step on the horizon is a technology-driven smart park near what's soon to be the old Spaghetti Warehouse building.

“In the 80s and 90s, this was really a big hot spot,” Scott said. “And that vibe is sort of changing now where more tech-savvy millennials are coming in to work here. So they want to see different things than your typical travelers.”

“To our many guests and to everyone throughout the Dallas community, we say, thank you,” the restaurant said in a statement. “We enjoyed serving you, your family and friends. And, it was our pleasure to celebrate your many birthdays, anniversaries and other special occasions.”

The owners plan to sell almost everything inside the longtime Dallas restaurant when it closes. Some items are moving to the Arlington location but kitchen equipment, dining room furniture and decorative items will be sold in an online auction.