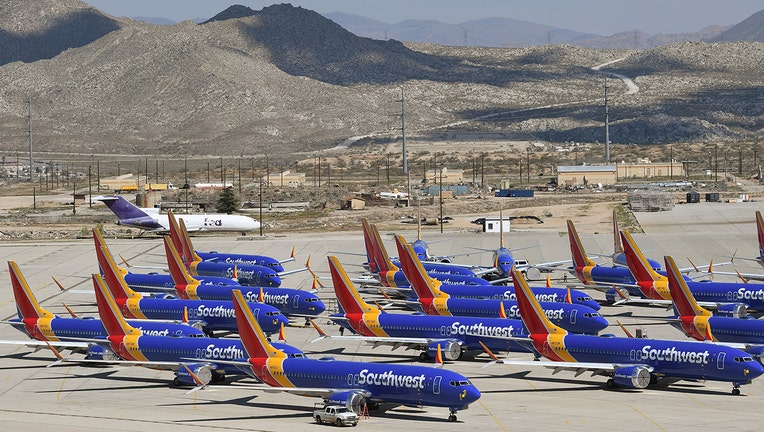 Southwest Airlines Boeing 737 MAX aircraft are parked on the tarmac after being grounded, at the Southern California Logistics Airport in Victorville, California on March 28, 2019. (MARK RALSTON/AFP via Getty Images)

DALLAS - Southwest Airlines is bowing to reality and removing the grounded Boeing 737 Max from its schedule even longer -- another two months, until Aug. 10.

That means Southwest won't have use of the planes for the peak summer travel season.

Southwest had previously taken the Max out of its schedule through June 6.

Without its 34 Max jets, plus others it expected to have by now, Southwest is dropping about 9% of its planned flights over the summer.

Boeing is updating troubled software on the plane, but the company doesn't expect to get government approval for the changes until summer.