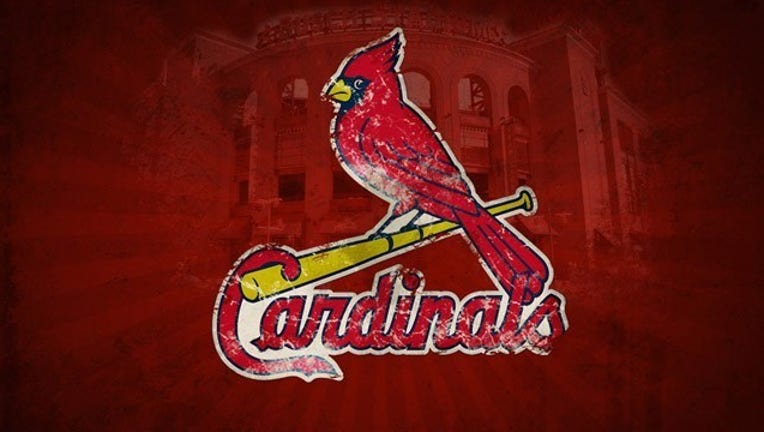 Federal law enforcement authorities are investigating whether the St. Louis Cardinals illegally hacked into a computer database of the Houston Astros to obtain information on players, a person familiar with the situation said Tuesday in an unusual case involving two former division rivals in Major League Baseball.

The person spoke on condition of anonymity because MLB, law enforcement officials and the two teams were not disclosing details of the investigation. The New York Times first reported that the FBI and Justice Department were investigating whether Cardinals' front-office officials were behind the effort to steal information from the Astros' database, called Ground Control.

"Major League Baseball has been aware of and has fully cooperated with the federal investigation into the illegal breach of the Houston Astros' baseball operations database," MLB said in a statement. "Once the investigative process has been completed by federal law enforcement officials, we will evaluate the next steps and will make decisions promptly."

Baseball Commissioner Rob Manfred said subpoenas have been issued, though he did not provide details.

"There are legal problems associated with federal law enforcement officials seeking cooperation from private individuals," Manfred said. "If the federal government wants information from us they would subpoena information and that's what they've done."

Messages seeking comment from FBI offices in Washington, Houston and St. Louis were not returned. The U.S. attorney in St. Louis, Richard Callahan, said he was unaware of the investigation.

The Cardinals are among baseball's most successful franchises on and off the field. Only the New York Yankees have won more World Series titles than the 11 won by St. Louis, which is among the best-drawing teams in all of sports, with annual attendance topping 3 million every year since 2003.

The Astros and Cardinals were rivals in the National League Central until Houston moved to the American League in 2012. The Astros hired former Cardinals scouting and player development executive Jeff Luhnow as general manager in December 2011, and he has helped lead turn the team from a laughingstock into a contender.

The Astros finished 70-92 and fourth in the AL West a year ago, ending a woeful streak of three straight 100-loss seasons. They are currently in first place in the AL West.

It wasn't immediately clear how many Cardinals employees were under investigation, or whether top front office officials were possibly aware of the activities.

"Then there's the question of who did it?" Manfred told reporters in Boston. "Who knew about it? Is the organization responsible? Is the individual responsible? There's a whole set of issues that are needed to be sorted through."

He said he couldn't recall a similar case in baseball's long history.

"Until we know, this is different than when we might investigate a drug case (or) we have access to all the facts in a real-time situation," he said. "That's just not the case here. We don't exactly know what the facts are."

MLB's forensics experts were not involved in the case, Manfred added.

"This is a federal investigation not a baseball investigation," he said. "Obviously any allegation like this, no matter how serious it turns out to be, is of great concern to us."

The Cardinals and Astros said they were cooperating with the investigation but declined further comment. Astros manager A.J. Hinch said his team would focus on baseball.

"Obviously from the baseball perspective we'll deal with the baseball and all other questions will go elsewhere," Hinch said.

His counterpart in St. Louis, Mike Matheny, sounded a similar tone and said the case at this point wouldn't be a distraction for his first-place Cardinals, who have the best record in baseball. He said he'd been unaware of the investigation until he "got pulled out of the weight room" Tuesday morning.

Luhnow was not made available to reporters in Houston on Tuesday, but said in June 2014 that the team had been the victim of hackers who accessed servers and published months of internal trade talks on the Internet.

"It was an illegal activity and we're going to pursue it and try and find out who did it and prosecute," Luhnow said at the time, noting that the Astros were working with the FBI and MLB security to determine who was responsible for the breach.

The Astros rely heavily on sabermetrics in their evaluation of players and have been open about the fact that they use an online database to house their proprietary information. Last year, the Houston Chronicle had a detailed report on Ground Control, noting the team even had a director of decision sciences and that everything from statistics to contract information to scouting reports were stored at a web address protected by a password.

"One of the things I have been talking to my counterparts about with other clubs is recommending that everybody take a look at their own security systems and make sure they don't get hacked the way that we were," Luhnow said last year after the hack became public knowledge.

"We have a technology company that quite literally is the envy of companies throughout America -- not just sports enterprises," the commissioner said. "We routinely make the resources of MLB Advanced Media available to all of the clubs. We have the type of security arrangements that are necessary."

Craig Newman, chairman of the privacy and data security practice of the New York law firm Patterson Belknap Webb & Tyler, said it wouldn't be surprising that a team would be involved in hacking given the amount of money in professional sports.

"Data analytics have become a critical strategic and tactical drive for both professional and collegiate athletics and, unfortunately, the transition from statistical modeling in player evaluation made famous by `Moneyball' to stealing sensitive information from competitors is a natural progression," Newman said.