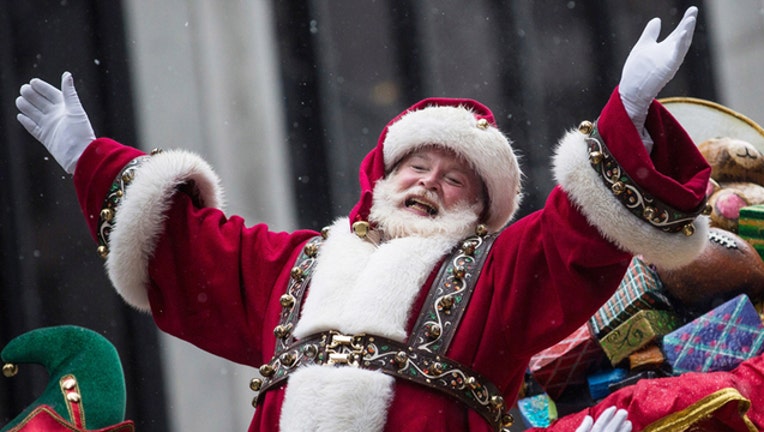 Santa Claus waves to the crowd during the Macy's Thanksgiving Day Parade on November 27, 2014 in New York City. The annual tradition marks the start of the holiday season. (Photo by Andrew Burton/Getty Images)

WASHINGTON (FOX 5 DC) - Will the future face of Christmas be gender-neutral? According to a new survey -- some say yes! The survey, conducted by logo design company GraphicSprings, asked 400 people for suggestions on how to 'rebrand' Santa to make him more modern.

The company says some of the most popular responses, like should Santa go on a diet or should he carry an iPhone, were then voted on by 4000 respondents across the U.K. and the U.S.

One of the most interesting questions was, if you could 'rebrand' Santa for modern society, what gender would he be?

You can see the full results of the survey here.

FOX 5 reported on this story from Washington.