DALLAS - A federal judge ordered Texas to suspend the most restrictive abortion law in the U.S., calling it an "offensive deprivation" of a constitutional right by banning most abortions since Senate Bill 8 went into effect Sept. 1.

In a 113-page opinion, U.S. District Judge Robert Pitman took Texas to task over the law, saying Republican lawmakers had "contrived an unprecedented and transparent statutory scheme" by leaving enforcement solely in the hands of private citizens. 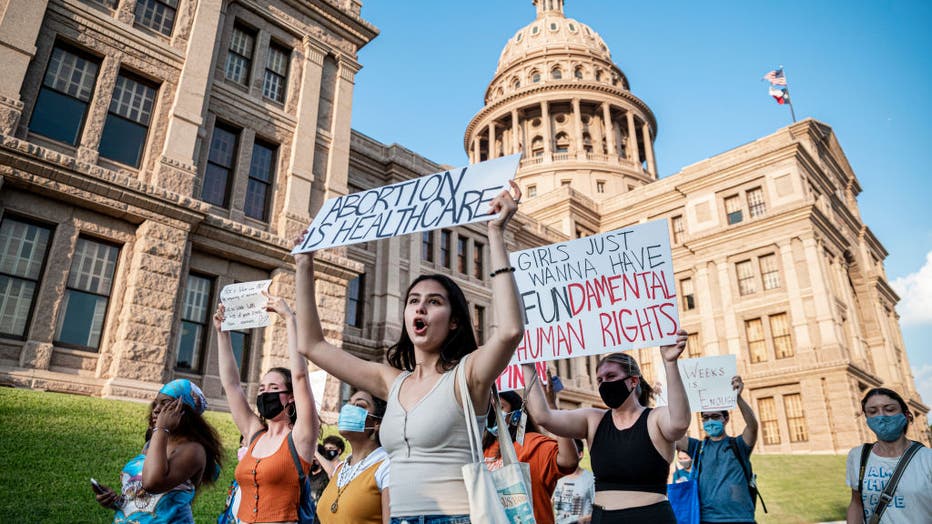 AUSTIN, TX - SEPT 1: Pro-choice protesters march outside the Texas State Capitol on Wednesday, Sept. 1, 2021 in Austin, TX. Texas passed SB8 which effectively bans nearly all abortions and it went into effect Sept. 1. A request to the Supreme Court t

Whole Woman's Health, which has two clinics in North Texas, is one of the plaintiffs in the case.

"In fact, last night we reached out to some of the patients we had on the waiting list to come in to have abortions today," she said. "Folks whose pregnancies did have cardiac activity earlier in September."

Planned Parenthood said it was hopeful the order would allow clinics to resume abortion services as soon as possible.

The state has already appealed the decision to the conservative Fifth Circuit Court of Appeals, which could reverse the lower court's decision.

"It is not a defense to liability under the statute that a doctor relied on an injunction that was later reversed," said Whole Woman’s Health attorney Molly Duane. "So that provision remains a major concern for doctors and clinics across the state."

A federal judge ruled in favor of the Biden administration, blocking a Texas law that nearly ended all abortions in the state. Constitutional law attorney David Coale talks to Good Day about the latest development.

Rebecca Parma is the senior legislative associate at Texas Right to Life.

"We aren't surprised by this ruling. We expected Judge Pitman to side with the clinic," she said. "It sounds like they're counting on the injunction staying in place. And until we know for sure, and you know that's potentially dangerous under the Texas Heartbeat Act. And there's a four-year statute of limitation too under the law to bring a lawsuit. So Texas Right to Life is committed to the fullest extent possible under the Heartbeat Act, holding the abortion industry accountable."

Miller says the fight is far from over.

"We know this is not the end and that he back and forth will continue in the courts," she said.

To that point, Miller says some of their part-time providers have chosen not to offer abortions pass the six-week threshold while waiting on the Fifth Circuit to issue its ruling. A decision could come in the next few days.