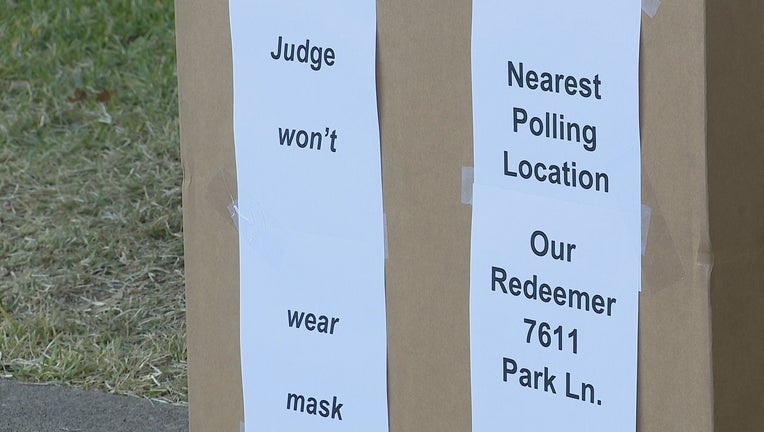 There were complaints Tuesday about some workers not wearing masks at the University Park United Methodist Church polling location.

Donovan also says only the person who appointed the poll workers can remove them. That would be Dallas County GOP Chair Rodney Anderson, who decided to let them keep working.