From restaurants to recording artists, some small businesses and those self-employed are having some success making ends meet during the pandemic.

From restaurants to recording artists, some small businesses and those self-employed are having some success making ends meet during the pandemic.

Some people are used to a steady paycheck. Others might freelance. Finding comfort in living gig-to-gig. Many musicians fall into that category. Since they cannot perform out live, they’re having to find new ways to get by.

“Yeah, I play out pretty much every night of the week,” he said. “Everybody was getting everything cancelled. Like top down, bottom up.”

But the pandemic has performing musicians out of work and scrambling to find ways to make money.

“Everybody seems to also be trying to figure out what’s the next step,” Trusko said. “What can we be doing now?”

Trusko is doing more work from home. He’s giving lessons over the internet and working on recordings for other artists. The music community isn’t the only scene changing tempo.

“On a Saturday night, it’s beautiful. This place is packed. Lights up. You can see the city in the background,” said Julian Rodarte with the restaurant. “So on a Saturday night, we probably have 300-400 people here and probably a two-hour wait. At least 100 people on the wait list.”

But the pandemic forced the restaurant to lay off some of its staff. They had to think quickly. 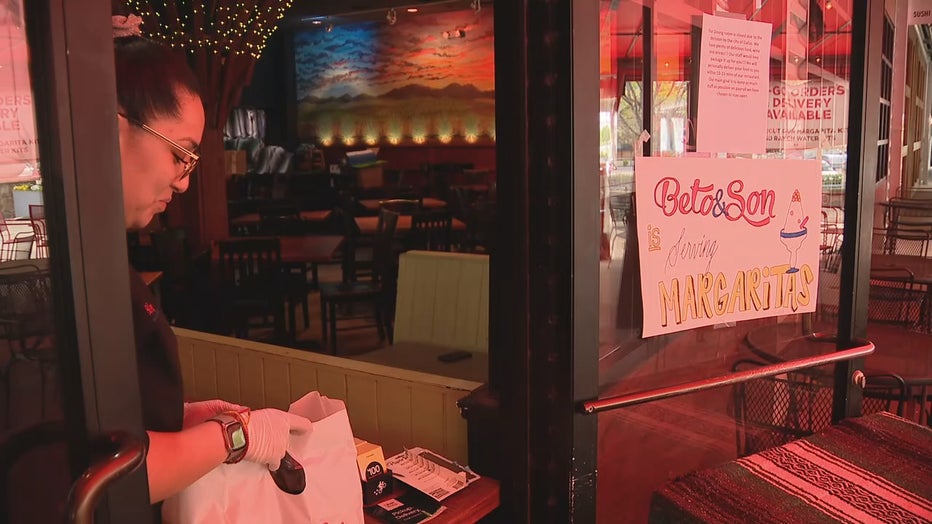 “We never really did to-go’s,” Rodarte said. “It was one percent of our business.”

Now, they’ve been able to bring back 20 employees as they serve to-go orders. It wasn’t an easy transition.

“And so we’ve even had to sit down and restructure how we do our payroll because they’re no longer servers. They’re hourly employees,” Rodarte said. “And how does that work? What does that look like?”

The U.S. House is expected to vote on a $2 trillion coronavirus stimulus package Friday that’ll rush aid to businesses.

Musicians fall under the category gig-economy workers. They were largely left out of earlier COVID-19 packages, according to the American Federation of Musicians. But current language extends benefits to musicians and others living gig-to-gig.”

Trusko believes he’ll be okay in the end, but he’s feeling the impact the pandemic has had on his community.

“If I can avoid taking out a loan I would like to not,” he said. “But that’s a consideration as well.”

Musical live-streams are one way you’ve probably seen performers getting their work out...but we all know people aren’t paying in-person, concert tickets prices, for something to watch on their couch. Tough situation.