DALLAS - A Dallas family got to properly bury their loved one on Saturday.

Marine Private First Class Grady Crawford died during the Korean War, but his remains were not identified until two months ago.

While most of his family at the funeral never met him, they are happy he was honored for his service to our country.

Family members of those who serve our country want their loved ones to have a proper burial with military honors.

For more than 60 years, the family of Marine Grady Crawford couldn’t do that.

At Saturday’s ceremony, Crawford finally got that proper burial, and there was also a 21-gun salute. 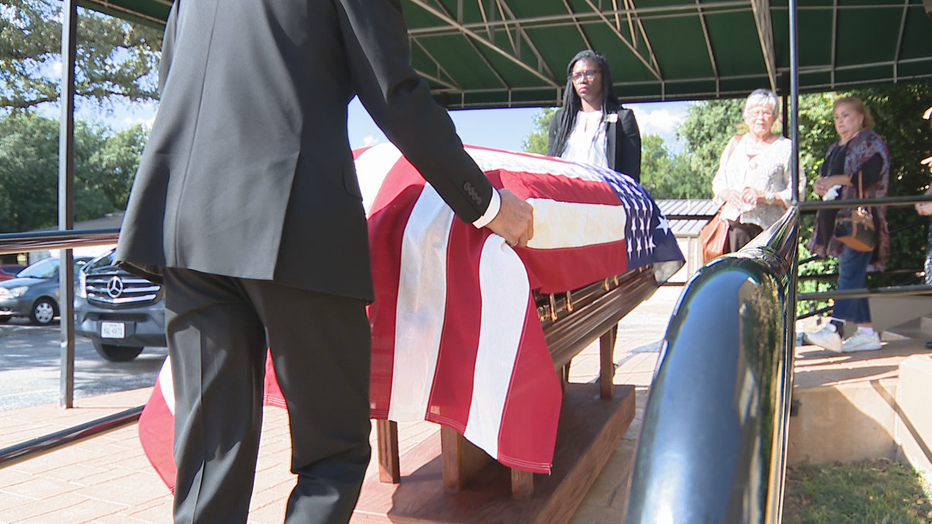 “Everything our dad would tell us, he was a warrior,” Crawford’s niece, Colleen Crawford, recalled.

During the Korean War, Crawford was reported missing in action and presumed dead in 1953.

Unidentified remains were returned to the U.S. a year later, but some could not be identified, and were buried at the National Cemetery in Hawaii.

“I was in Hawaii, actually his body was there and I never knew it. I had my hand on his MIA and now it has to be changed to recovered, which is amazing,” said Christi Crawford, another niece of Crawford.

In 2012, some of the remains were exhumed for re-examination.

“Literally, I had to pick my jaw off the ground. ‘Ms. Crawford, we have found your uncle Grady. We have identified him,’” Colleen recalled.

Saturday in Dallas, Crawford’s family and others were able to properly say goodbye. 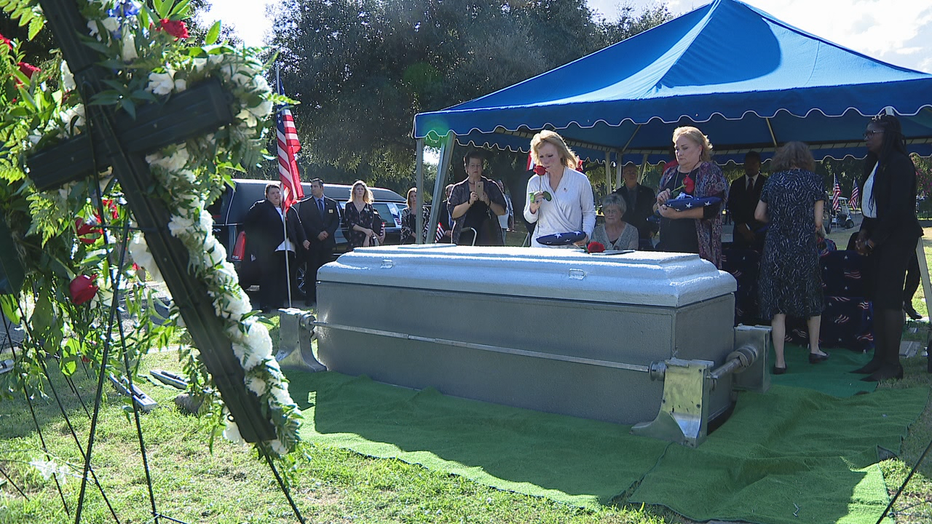 For Crawford’s nieces, he was a man they never met, but he’s in their hearts and minds for eternity.

“70 years, and there are 7,000 that still don’t have closure and we got closure. We were blessed to have closure,” Christi added.

Crawford was buried 10 spaces from his brother, who also served in the Korean War.