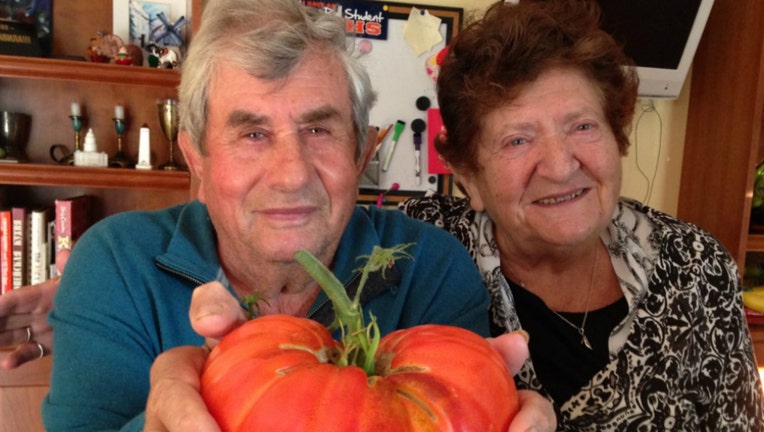 Feliks and Luiza Ogorodnik are the first Illinois couple in Illinois to both die from COVID-19. | ChicagoJewishFunerals.com

SKOKIE, Ill. - A married couple who emigrated from Ukraine more than two decades ago died of the coronavirus only hours apart over the weekend.

Feliks Ogorodnik, 88, and his wife, Luiza, 84, died Saturday at Glenbrook Hospital in suburban Glenview, according to the Cook County medical examiner’s office.

They both died of pneumonia with COVID-19 and other preexisting conditions as contributing factors, the medical examiner’s office said.

They are the first married couple that officials in Illinois have identified as succumbing to the coronavirus.

The Skokie couple leaves behind two daughters and four grandchildren, according to an online obituary by Chicago Jewish Funerals. The couple moved from Ukraine to the United States more than 20 years ago.

They “were very grateful to be here and become U.S. citizens,” the obituary states. “They always strived to improve their English and learn more about the United States.”

Luiza Ogorodnik was a physician in Ukraine and was interested in books and theater, the obituary states. She “was a very energetic woman, full of optimism and life. She loved people and always sought to help those around her.”

Feliks Ogorodnik was a manager of construction company in Ukraine. He was dedicated to his family and loved gardening.

“He always shared his harvest with family and neighbors,” the obituary states. “His family was everything to him.”

Luiza died March 28 at 12:12 p.m., according to the medical examiner’s office. Less than five hours later, Feliks died at the same hospital at 4:50 p.m.

A private funeral service is scheduled for Tuesday, and a memorial service will be arranged later. Shiva will be held online Tuesday and Wednesday.

The first Chicago-area relatives to both die of COVID-19 in Illinois were two sisters. Wanda Bailey, 63, died of a COVID-19 infection only a week after her sister Patricia Frieson, 61, died of the same disease. So far, 73 people have died from the disease in Illinois.