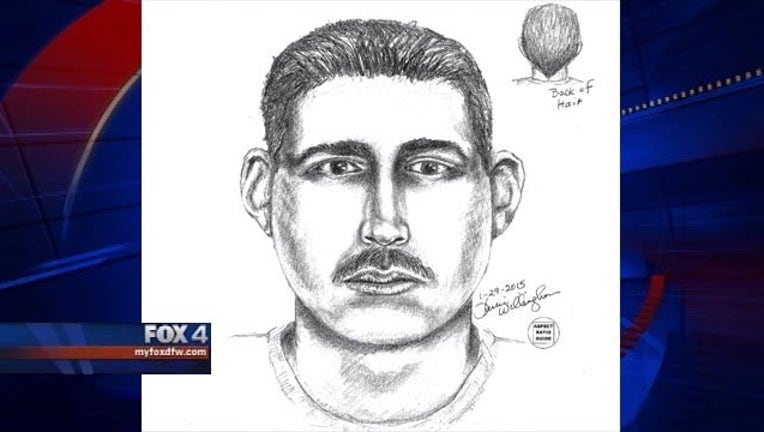 Lewisville police released a sketch of a man they say tried to lure a teenager away.

The man tried to get the 17-year-old girl into his car as she was walking near East Corporate Drive Tuesday morning.

She said he got out and yelled at her to get in. Instead she ran and jumped into a nearby school bus.

The girl described the man as a dark-skinned man in his 30s. He had a mustache, chapped lips, a thin build and he dragged his right foot.

He was wearing blue jeans, a white t-shirt and boots. He also had hair tapered to a point on the back of his head.

When describing the car, the girl said it was dark gray. The inside appeared to be light gray and something was hanging from the rearview mirror, possibly dog tags.

Police do not believe the case is related to another abduction attempt in Plano.