The Six Flags Corporation is moving its headquarters to the old Rangers ballpark.

ARLINGTON, Texas - The Six Flags Corporation is moving its headquarters to the old Rangers ballpark.

More than 100 employees will work with a view of the new re-designed field, where football and soccer games will now be played.

The Texas Rangers are moving on, and Six Flags is moving in. The entertainment company is making its home in familiar territory, not far from its first ever theme park.

It’s a spin move in the making for years.

An announcement that brought as much excitement as its roller coasters.

The iconic Six Flags theme parks will make Arlington the home of its corporate world headquarters.

"The contributions it’s made to our lives, in just the entertainment aspect of it. We welcome those folks here,” Henry Lewczyk said, with the Greater Arlington Chamber of Commerce.

The entertainment company made it official Thursday morning. It will take over the space once occupied by the Texas Rangers at Globe Life Park after the team moves to its new stadium. 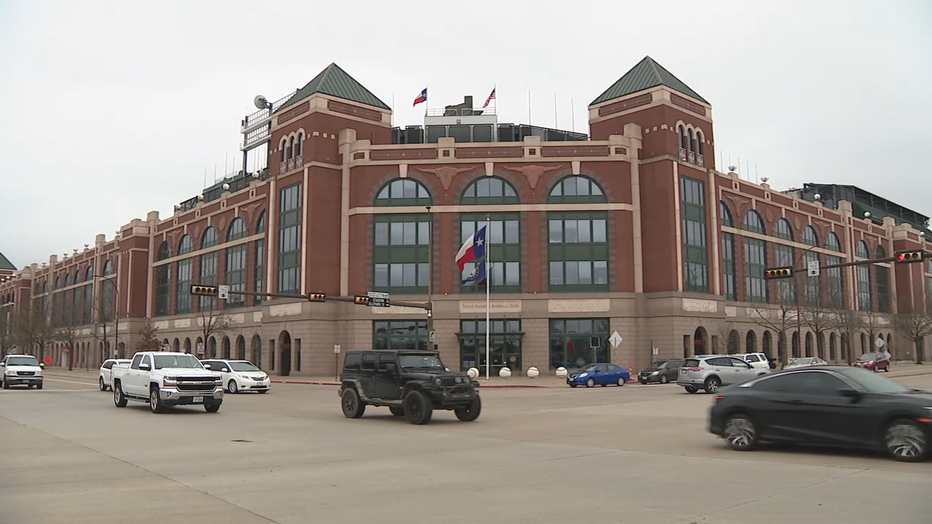 Now, Six Flags will operate a 40,000 square foot space a stone's throw from its first ever park, Six Flags Over Texas.

The Arlington Chamber of Commerce said it’s a big win for the city and Six Flags.

"If you look over the last few years, the amazing growth that's happened in the entertainment district, and then to go full circle with Six Flags. Having opened here in 1961 and now just shy of 60 years later, they bring their world headquarters here which overlooks the original park. It's an amazing story,” Lewczyk said.

The Six Flags Corporation, which is also the largest operator of waterparks in North America, has signed a 15-year lease for their new space inside the centerfield office building at Globe Life Park.

The city will assist in the renovation of the space, which will have 120 full-time employees working there.

Arlington officials believe the deal brings a unique potential for even more growth to the area.

“It wasn't about just revenue generation. It’s about use of the old building, the former ballpark. Also about attracting other headquarter activities that might want to be close to Six Flags. It's a long term play for us," said Bruce Payne, who is the director of economic development for Arlington.