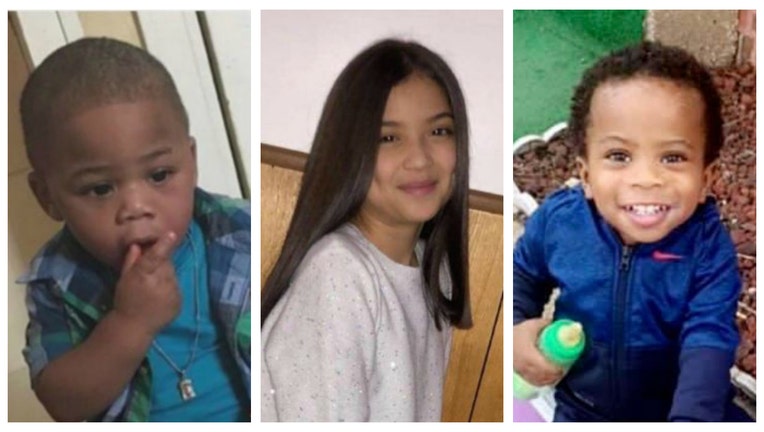 CHICAGO - Six Chicago children have been killed just in the last week to gun violence and perhaps no one can relate to the pain of losing a child better than mothers who’ve been there.

On South Michigan Avenue near 116th Street, Diane Latiker set up a shrine in memory of Chicago children killed by gunfire.

Hundreds of names are written on stones and the sad promise is there are now six more to add to the list including three-year-old Mekhi James and one-year-old Sincere Gaston.

“It’s like it takes a piece of your soul because whoever is on that stone, somebody loved them,” said Latiker.

Neighbors grieved outside the home of 10-year-old Lena Nunez Saturday night. The little girl was in her family’s apartment in the 3500 block of West Dickens when a stray bullet shattered the window, hitting her in the head.

“It will shatter your soul if you let it,” said Tamar Manaseh, founder of MASK, Mothers and Men Against Senseless Killings.

Tamar Manaseh wants local officials to look at what’s behind the shootings.

It has been 14 years, but the pain hasn’t gone away for Pam Bosley. Her son, Terrell, was shot outside a church. Since then, she’s devoted her life to helping others through St. Sabina’s Parish. She says the stay-at-home order because of COVID-19 really hurt the community, closing schools and anti-violence programs.

“You know with the pandemic you had a lot of churches was closed. Everything was closed. That left our youth on the streets, that left them out there with nothing to do, a lot of time on their hands and I’ve been doing this since 2006 and I never, ever saw the violence like this,” said Bosley.

A little boy was killed Saturday and his mother wounded in a shooting in Englewood.