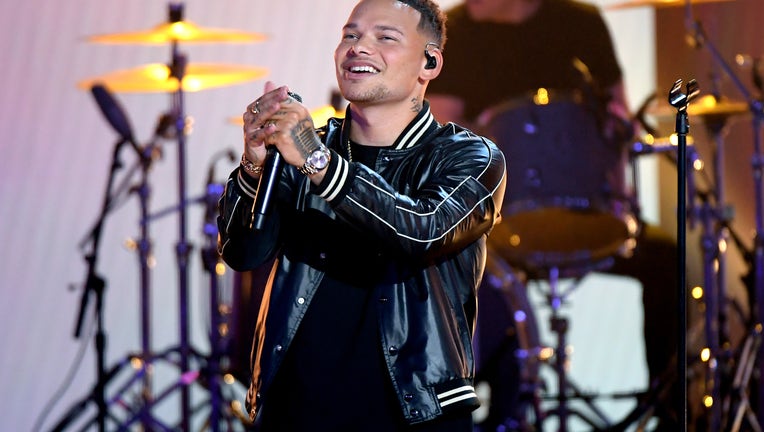 NASHVILLE, TENNESSEE - SEPTEMBER 14: Kane Brown performs onstage during the 55th Academy of Country Music Awards at the Grand Ole Opry on September 14, 2020 in Nashville, Tennessee. The ACM Awards airs on September 16, 2020 with some live and some pr

The annual game will feature the Cowboys taking on the Washington Football Team at AT&T Stadium.

The Cowboys tradition also rings in the Salvation Army’s Red Kettle Campaign. The organization says funds raised through their red kettles are at risk this year due to COVID-19 and an overwhelming amount of people needing help.

"I'm thrilled to be a part of this year's Dallas Cowboys halftime show honoring The Salvation Army's Red Kettle Campaign," Brown said. "There were times growing up when my family did not have enough to eat, or a roof over our head, and today, there are so many people in need. 2020 has been a hard year, but every small act of generosity helps. I am honored to have the opportunity to bring awareness to the ways people can help during this holiday season and beyond."

"We're thankful for the Dallas Cowboys' continued support for more than two decades," said Commissioner Kenneth G. Hodder, national commander of The Salvation Army USA. "It takes an army to protect those most vulnerable, and we're inspired by the Cowboys' continued devotion to doing so alongside us."