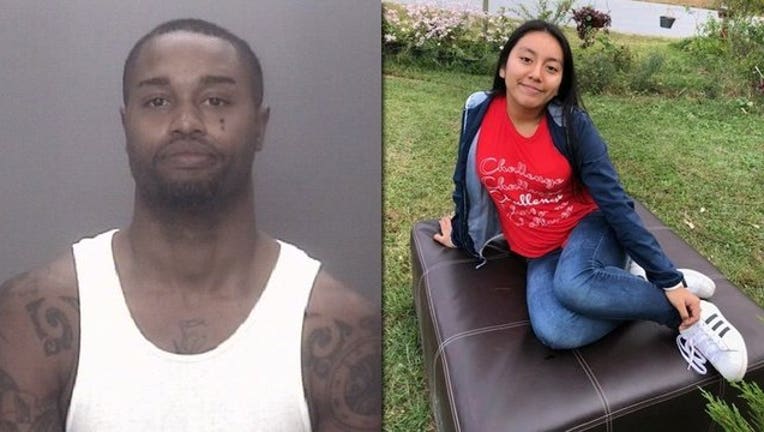 Michael McLellan (left), is accused in the death of 13-year-old Hania Aguilar (right).

LUMBERTON, N.C. (AP) - Two North Carolina sheriff’s deputies have been suspended for not following up on evidence linking a 2016 rape to a released felon now accused in the death of a teenage girl.

District Attorney Johnson Britt said deputies didn’t follow up after DNA evidence from the 2016 rape matched 34-year-old Michael Ray McLellan. Only after McLellan’s DNA was again found, this time in a vehicle involved in Hania Aguilar’s kidnapping, did authorities connect the cases.

McLellan is accused of raping and killing Hania, who was kidnapped outside her Lumberton home on Nov. 5 and forced into an SUV. Her body and the SUV were found several miles away.