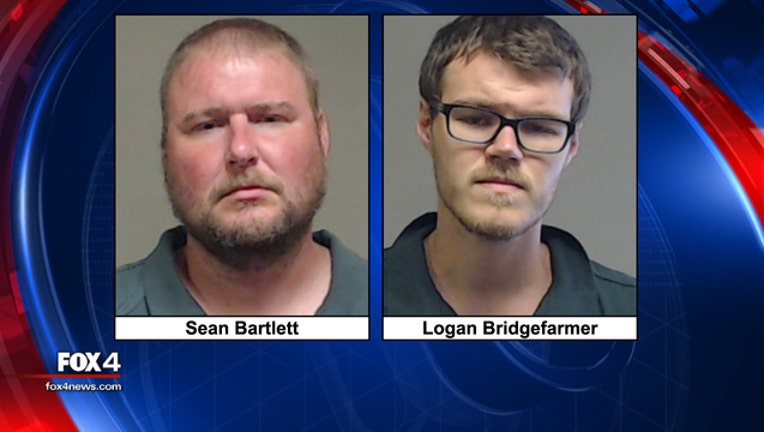 McKINNEY, Texas - Two Collin County residents were arrested after deputies said they found video of them torturing their small dog.

The Collin County Sheriff’s Office said this past Wednesday, investigators from its Child Exploitation Unit executed a search warrant in the 100 block of Pheasant Run in Wylie.

They seized a computer that reportedly contained pornographic images of a child, as well as video of a small Dachshund dog being tortured at the home.

Sean Bartlett, 38, and Logan Bridgefarmer, 20, were both arrested for animal cruelty. Bartlett was also charged for possession of child pornography.

"We are absolutely committed to stand between good and evil and to pursue those who would perpetrate such henious crimes. There's a special place for anyone that possesses child pornography and would torture an animal like was done here. In Texas, we call it the State Penitentiary,” said Sheriff Jim Skinner.

Both men are being held in the Collin County jail. Their bonds amounts were each set at $75,000.