The portion of Americans with no religious affiliation is rising significantly, in tandem with a sharp drop in the percentage that identifies as Christians, according to new data from the Pew Research Center.

AP - .The portion of Americans with no religious affiliation is rising significantly, in tandem with a sharp drop in the percentage that identifies as Christians, according to new data from the Pew Research Center.

Based on telephone surveys conducted in 2018 and 2019, Pew said Thursday that 65% of American adults now describe themselves as Christian, down from 77% in 2009. Meanwhile, the portion that describes their religious identity as atheist, agnostic or "nothing in particular," now stands at 26%, up from 17% in 2009.

Pew says all categories of the religiously unaffiliated population - often referred to as the "nones" grew in magnitude. Self-described atheists now account for 4% of U.S. adults, up from 2% in 2009; agnostics account for 5%, up from 3% a decade ago; and 17% of Americans now describe their religion as "nothing in particular," up from 12% in 2009. 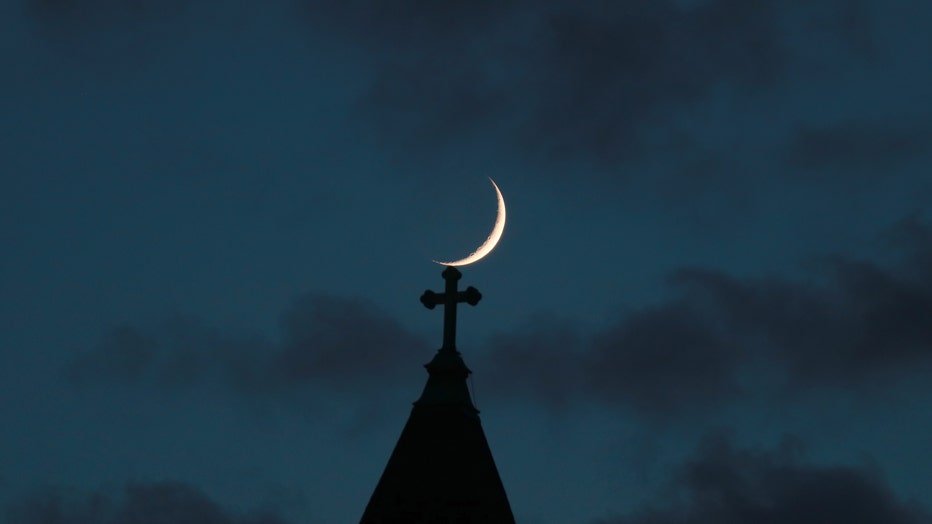 The report comes at a challenging time for many major denominations in the U.S. The two largest — the Catholic church and the Southern Baptist Convention — are beset by clergy sex-abuse scandals. The United Methodist Church, the largest mainline Protestant denomination, faces a possible split over differences on the inclusion of LGBTQ people.

The Pew report found a steady decline in the rates of attendance at religious services.

Pew's data showed a wide age gap in terms of religion affiliation — three-quarters of baby boomers described themselves as Christian, compared to 49% of millennials.

The trends documented by Pew have been reflected in other recent developments.

In May, the Southern Baptist Convention reported its twelfth year of declining membership. The SBC said it had 14.8 million members in 2018, down about 192,000 from the previous year.

In June, the annual Giving USA report — a comprehensive overview of Americans' charitable giving patterns — said giving to religious institutions had been lagging behind other philanthropic sectors for several years. Reasons included declining attendance at worship services and a rising number of Americans not affiliated with any religion.

Empty Tomb, a Christian organization based in Champaign, Illinois, that researches religious giving, says the decline is longstanding. According to its research, Americans gave about 3% of their disposable income to churches in 1968, and less than 2.2% in 2016.