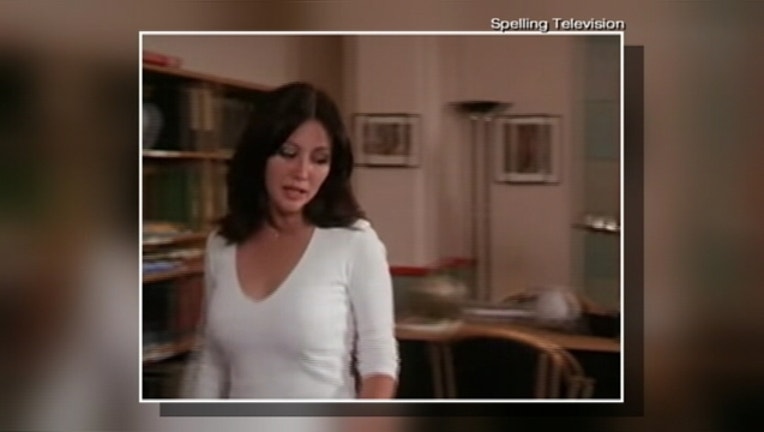 LOS ANGELES (AP) — Shannen Doherty is battling breast cancer that worsened during a lapse in her health insurance caused by her former business managers, the actress claimed in a lawsuit filed Wednesday.

The former "Beverly Hills, 90210" star claims that her former business managers and accountants mismanaged her money and allowed her health insurance to lapse last year.

Because of that, she said she didn't go to the doctor until she had insurance and there was a delay in diagnosing her cancer, which will likely require more drastic treatments, including a possible mastectomy and chemotherapy.

Doherty, 44, received the diagnosis in March and her doctors have said earlier treatment might have stopped its spread, the lawsuit states.

"Tanner Mainstain is saddened to learn that Ms. Doherty is suffering from cancer and wishes her a full recovery," the company's attorney, Randall J. Dean, wrote in a statement. "However, the claim that Tanner Mainstain caused her to be uninsured, prevented her from seeking medical care, or somehow contributed to her cancer is patently false. Tanner Mainstain will aggressively defend all of Ms. Doherty's claims in court."

Doherty's husband, photographer Kurt Iswarienko, also is suing the firm and its former partner, Steven D. Blatt, accusing them of mismanaging the couple's money and leading to other financial troubles, including tax audits and liens.

A phone message for Blatt was not immediately returned.

The lawsuits do not specify how much damages Doherty and Iswarienko are seeking. Doherty has been unable to work since the diagnosis.

"The spread of the cancer has caused (Doherty) severe emotional distress," the lawsuit states.

"The relationship between a business manager and its client is based on trust, in honesty and competence," Doherty's attorney, Devin McRae, wrote in a statement. "That trust was violated here, and we hope that the defendants will correct it in a responsible manner."