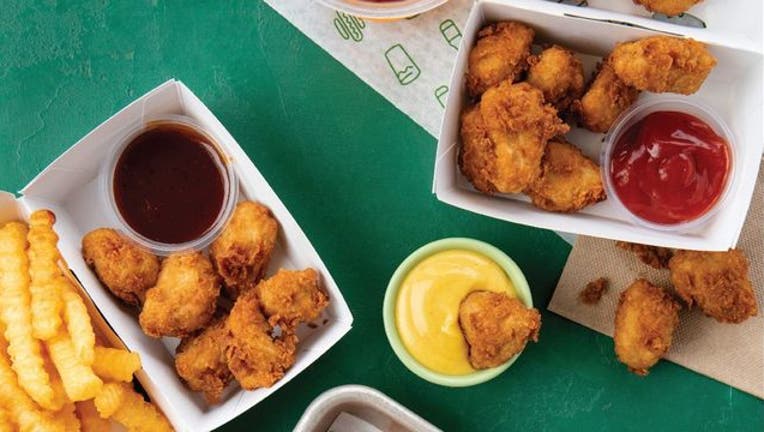 (FOX 5 DC) - For a limited time only, Shake Shack is adding Chick’n Bites to its menu at locations nationwide.

Back in September, they announced the product's testing phase at the Innovation Kitchen in New York City-- it was a hit! Now they're be rolled out nationwide.

According to Shake Shake, the antibiotic-free chicken breast used is never frozen. It's prepared sous vide-style, which keeps the meat tender and flavorful, and is hand-breaded.

Remember, the Chick’n Bites are for a limited time only. Once they're gone, they're gone.