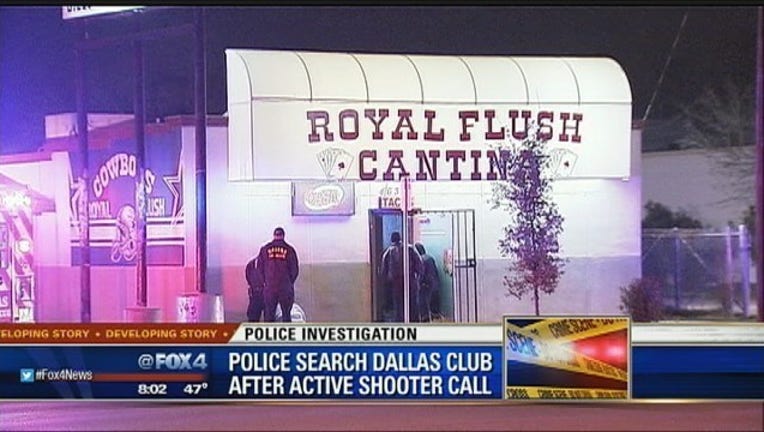 Police arrested several people after they got a call about an active shooter near a west Dallas night club Saturday morning.

When police tried to enter the doors of Royal Flush Cantina shortly after the 4:30 a.m. call, the doors were blocked and patrons were not being allowed outside, according to Dallas police.

It is not clear if police arrested the person who triggered the initial call or why the club was in operation at 4:30 a.m.