How would a rail strike affect the U.S. economy?

With so many questions about a looming rail strike, LiveNOW from FOX's Josh Breslow spoke with Dr. Andrew Thomas at the University of Akron to get his take on the potential impacts.

WASHINGTON - The Senate moved quickly Thursday to avert a rail strike that the Biden administration and business leaders warned would have had devastating consequences for the nation's economy.

The Senate vote was 80-15. It came one day after the House voted to impose the agreement. The measure now goes to President Joe Biden's desk for his signature.

"I’m very glad that the two sides got together to avoid a shutdown, which would have been devastating for the American people, to the American economy and so many workers across the country," Democratic Leader Chuck Schumer told reporters.

Schumer spoke as Labor Secretary Marty Walsh and Transportation Secretary Pete Buttigieg emphasized to Democratic senators that rail companies would begin shutting down operations well before a potential strike would begin. The administration wanted the bill on Biden's desk by the weekend.

Shortly before Thursday's votes, Biden — who had urged Congress to intervene earlier this week — defended the contract that four of the unions had rejected, noting the wage increases it contains. 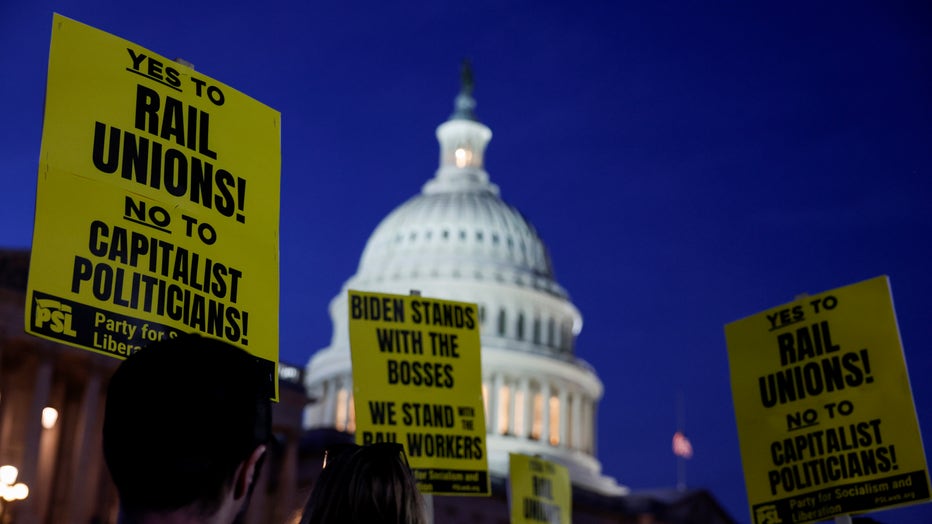 Activists in support of unionized rail workers protest outside the U.S. Capitol Building on November 29, 2022 in Washington, DC. (Photo by Anna Moneymaker/Getty Images)

"I negotiated a contract no one else could negotiate," Biden said at a news briefing with French President Emmanuel Macron. "What was negotiated was so much better than anything they ever had."

Critics say the contract that did not receive backing from enough union members lacked sufficient levels of paid leave for rail workers. Biden said he wants paid leave for "everybody" so that it wouldn’t have to be negotiated in employment contracts, but Republican lawmakers have blocked measures to require time off work for medical and family reasons. The U.S. president said that Congress should now impose the contract to avoid a strike that Biden said could cause 750,000 job losses and a recession.

Railways say that halting rail service would cause a devastating $2 billion-per-day hit to the economy. A freight rail strike also would have a big potential impact on passenger rail, with Amtrak and many commuter railroads relying on tracks owned by the freight railroads.

The rail companies and 12 unions have been engaged in high-stakes negotiations. The Biden administration helped broker deals between the railroads and union leaders in September, but four of the unions rejected the deals. Eight others approved five-year deals and are getting back pay for their workers for the 24% raises that are retroactive to 2020.

On Monday, with a Dec. 9 strike looming, Biden called on Congress to impose the tentative agreement reached in September. Congress has the authority to do so and has enacted legislation in the past to delay or prohibit railway and airline strikes. But most lawmakers would prefer the parties work out their differences on their own.

The intervention was particularly difficult for Democratic lawmakers who traditionally align themselves with the politically powerful labor unions that criticized Biden’s move to intervene in the contract dispute and block a strike. 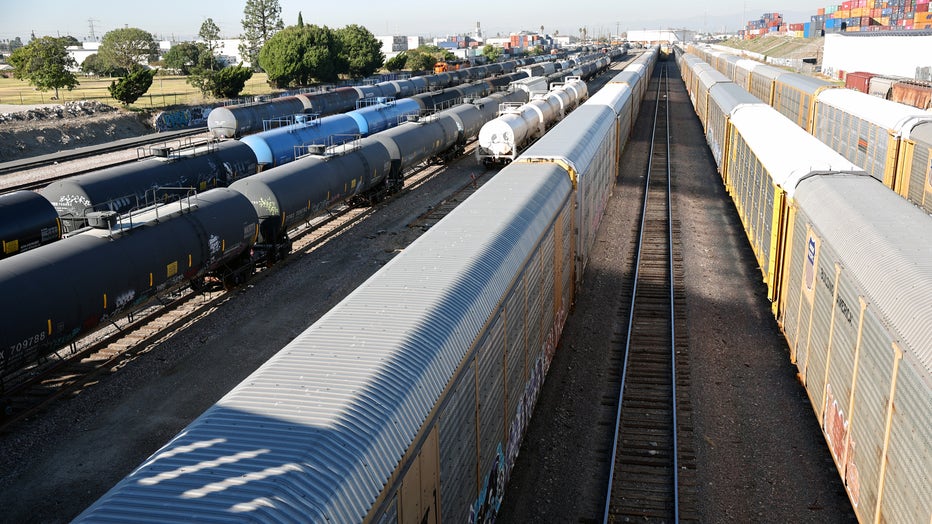 House Speaker Nancy Pelosi, D-Calif., responded to that concern by holding a second vote Wednesday on a bill that would add seven days of paid sick leave per year for rail workers covered under the agreement. The call for paid sick leave was a major sticking point in the talks along with other quality-of-life concerns. The railroads say the unions have agreed in negotiations over the decades to forgo paid sick time in favor of higher wages and strong short-term disability benefits.

The unions maintain that railroads can easily afford to add paid sick time when they are recording record profits. Several of the big railroads involved in these contract talks reported more than $1 billion profit in the third quarter.

The House passed the legislation enacting September's labor agreement with broad bipartisan support. A second measure adding seven paid sick days for rail workers passed on a mostly party-line vote in the House, but it fell eight votes short of a 60-vote threshold needed for passage in the Senate.