Sean James, who lives in Fate in Rockwall County, was honored after saving three kids from a fiery crash in Kansas last month.

FATE, Texas - Sean James, of Rockwall County, is the last person to speak with 31-year-old Sacha McNack, of Oklahoma City, who was killed in a fiery crash when her vehicle drove off the Kansas Turnpike and hit a tree last month.

"And all I could hear was the mom," he recalled.

He remembers her words.

Three of McNack's children were injured in the crash. McNack was stuck under the steering wheel, so James pulled the kids out of the car and carried them to safety.

"They’re alive because of what he did," James’ wife, Brandi James, said.

But within minutes, the fire was so large that James said he couldn’t help get Sacha out.

"The flames were just so bad that I couldn’t get to her," he recalled.

James, who was treated for smoke inhalation, said once first responders arrived, it took two hours to get the fire under control.

"They put 1,000 gallons of water and foam on the car and it didn’t even slow the fire down," James said. "It’s a failure if you don’t get mom, right, is the way I look at it, but it just wasn’t possible."

But James, who served overseas as a Navy medic, saved the lives of three children. 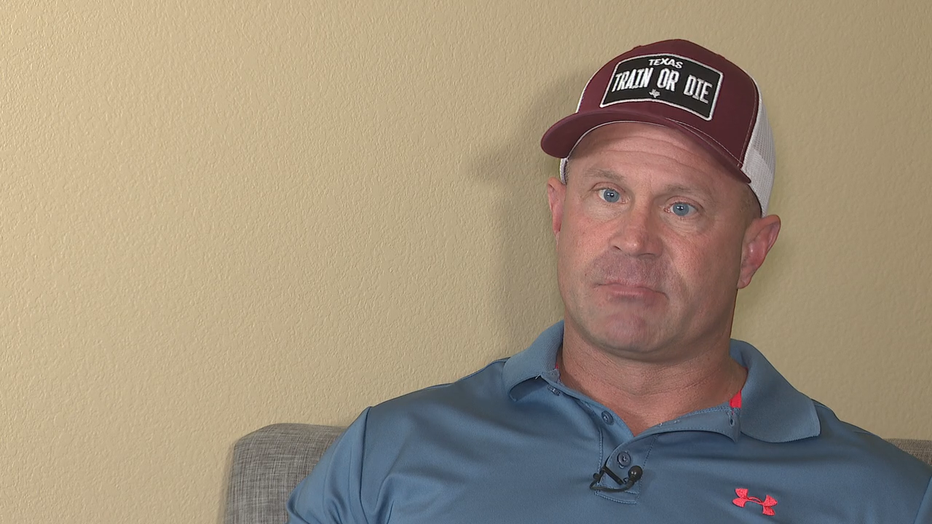 According to family members, 6-year-old Maddie is now paralyzed and still receiving treatment, but James was recently able to visit with 3-year-old Joey and 9-year-old Alex. James said Alex told him about a dream he had moments before the crash.

"Yeah, the oldest boy told me when I saw him the other day that when he was taking a nap, that God told him they’re going to be in a wreck, but he was going to be OK," James said.

The day of the crash, James was driving to South Dakota for work. He said he was driving near McNack’s vehicle for about 200 miles of the trip. He noticed the kids in the backseats.

"I saw that she was swerving and had lost control of the car and went off the road and hit a tree," James said. "We’re believers and I know this was his plan, but it’s still, it’s hard for this to rationalize sometimes."

James was honored this week by the city of Fate, his home, for his "heroic effort."

"I know what would’ve happened if I wasn’t there. It would’ve been bad for those kids," he said.

The husband and father of three kids said this tragedy forever changed him.

"It made me much more appreciative of my family," he said.

But he hopes relatives of McNack’s children will continue to allow him to be a part of their family, through grief and accomplishments.

Future accomplishments which likely wouldn’t be possible had it not been for James.