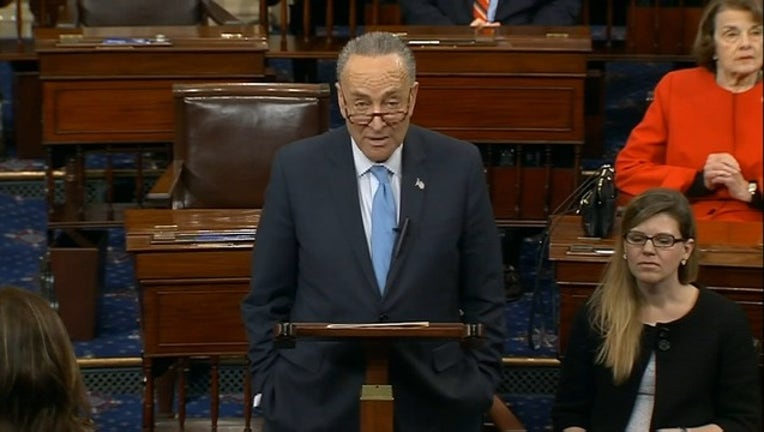 Senate Democrats angered their liberal, activist political base Monday by yielding on GOP demands to reopen the government without an immigration deal.

President Donald Trump tweeted Tuesday "nobody knows" whether a deal can be achieved.