Tarrant County elections officials say a third of received mail-in ballots have been rejected because the company that printed them made a mistake.

FORT WORTH, Texas - Tarrant County elections officials say a third of received mail-in ballots have been rejected because the company that printed them made a mistake.

With one week until Election Day, elections administrator Heider Garcia said barcodes are not scanning properly on some ballots because the print shop that made them did a poor job and they are unreadable by machines.

Garcia estimates more than 20,000 mail-in ballots are affected and the elections board will have to manually tabulate those ballots.

“The print shop that did these ballots for us basically can improve the quality of printing because those barcodes are not 100% legible 100% of the time to the scanner,” Garcia said.

Garcia said his top priority is to legally process them and Commissioner Roy Brooks gave him a very clear warning.

“Any solution to this problem that does not result in having every one of those votes counted is unacceptable,” Brooks said during Tuesday’s Commissioner’s Court meeting. 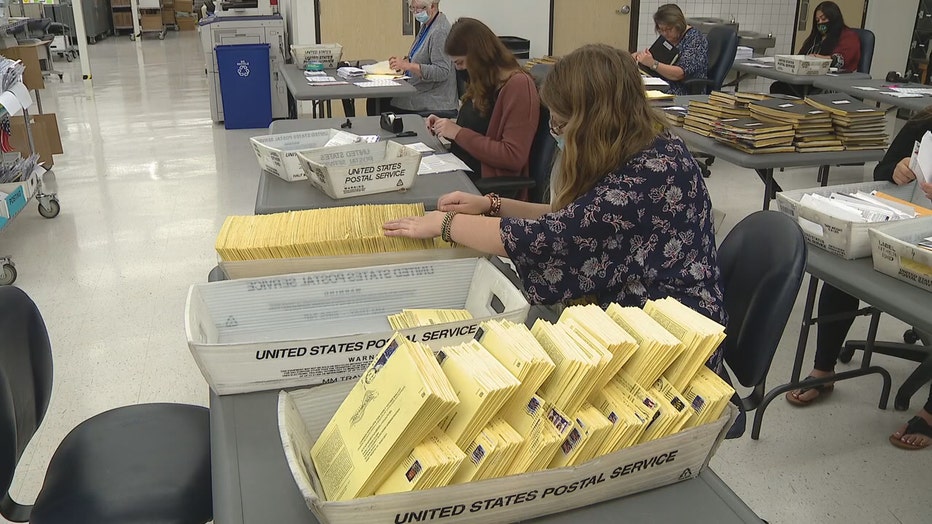 Garcia had no issue with their requests.

“You’re right. There is no other option,” he said.

Garcia emphasized Tarrant County voters with mail-in ballots should send their completed ballots by mail or in person just as they normally would and those ballots will be counted.

“Basically what this is, we are going to have to keep scanning those ballots, let the certified system say we can’t read these. Then the ballot board is going to replicate those into clean copies so they can be counted. That is the process outlined in the law,” Garcia said.

Days before early voting began, Garcia gave FOX4 a look at the process. A company called Runbeck Election Services in Arizona was selected over dozens of bidders to print those ballots.

“It is not the voters fault that we hired a vendor that did substandard work,” Brooks said.

Garcia said his office will be able to overcome this hurdle.

“That’s the important message here. This is not a, ‘We think this will work.’ We’ve been doing this for years every election,” Garcia said. “It’s looking just like a matter of a lot of work more than we expected. But not unknown, not unfamiliar.”