Stopped cold by a global pandemic, North Texas venues went from a packed house to an empty house and reopenings at a snail’s pace. But the passage of the COVID relief bill gave live entertainment a much-needed lifeline.

The money is not the only assistance coming for local venues and bands.

Stopped cold by a global pandemic, the Kessler Theater in Dallas and venues like it went from a packed house to an empty house and reopenings at a snail’s pace.

"Everything just came to an immediate stop in March," said Edwin Cabaniss with Kessler Theater. "We started doing our surveys with our individual members, members around the nation with surveys, and we said we’re not gonna make it unless we get some kind of relief before year’s end." 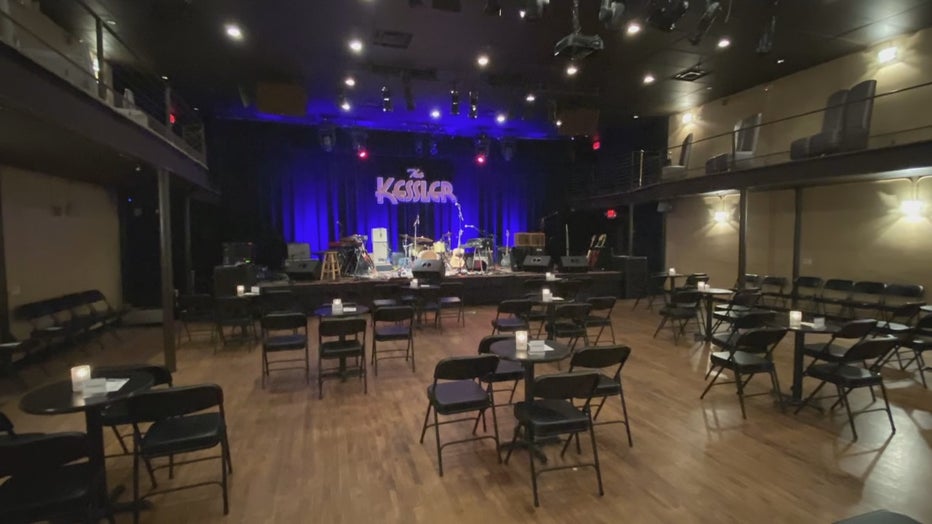 They got just that with Monday night’s passage of the Save Our Stages Act.

Sen. John Cornyn has been an instrumental voice in securing an estimated $9 billion to help the nation’s music venues, comedy clubs and other cultural institutions.

"This is great. We’re getting money. It’s about time," said Dion Taglioli with Emerald City Band. "I’ve been worried about musicians and the hospitality world so to speak."

Taglioli handles business for one of the hottest performing groups in North Texas, Emerald City Band.  He says musicians depend on the success of the places where they perform.

As qualifying venues receive grants through the Small Business Administration, there will be a trickle down effect, and Taglioli hopes the COVID-19 vaccine will punctuate it all.

"The Kessler, The Bomb Factory, Lava Cantina, House of Blues, once they open, let’s hope the restrictions don’t supersede the fact that we can get enough people in the venues because of table separation, 50% occupancy, 75% occupancy," he said. "When you put those numbers in there, it still limits the amount of people that can go and limits the amount of revenue these venues can make."

The new tune now is optimism for venues still standing, especially in the Lone Star State where in 2019 there are more than 800 small to mid-size performing venues.

"There’s no other economy, music economy in the world quite like Texas," Cabaniss said.