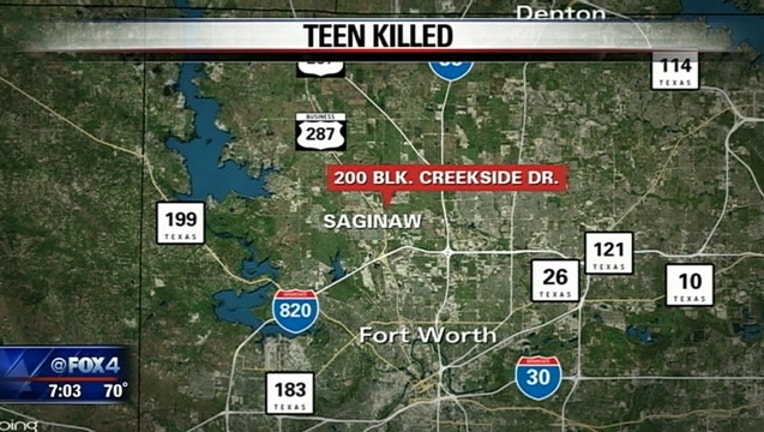 SAGINAW, Texas - Students in Saginaw are return to school following the death of a classmate.

Jordan Miles, 17, was shot Saturday afternoon in the 200 block of Creekside Drive. That’s only blocks away from Saginaw High School.

Neighbors told police they heard an argument and then a single gunshot.

They saw another teenager leaving the scene and described him as a white male between 17 and 19 years old. He was driving a small maroon car.

Police have not yet identified the shooter. Anyone with information is asked to call 817-232-0311 or Tarrant County Crime Stoppers at 817-469-TIPS.

Miles would have celebrated his 18th birthday on Tuesday.