It's been a very long morning for commuters across the DFW area. Traffic reporter Chip Waggoner and FOX 4's Dan Godwin talk about the roads.

At least one car got stuck in high water near the eastbound Interstate 30 to Interstate 45 ramp in Dallas. Video showed workers clearing and clogged drain and watching the water slowly recede.

In North Dallas, a section of Hillcrest Road just west of Royal Lane was shut down by nearly 4 feet of standing water. One vehicle got trapped in the flood. The person inside was able to get out safely.

Also in North Dallas, Luna Street near Royal Lane was closed due to flooding. That's a frequent trouble spot during heavy rain. A couple of surrounding streets were also shut down until the high water receded.

The weather contributed to a fatal rollover crash and numerous onlooker crashes early Wednesday morning on southbound Highway 75 near Royal Lane. Dallas police the driver of a car was going too fast on the wet road and collided with the back of a pickup truck. He was ejected from his vehicle and died at the scene.

School districts including Duncanville ISD had to warn parents that buses were running late due to the rain and so many crashes. Schools in Blooming Grove ISD were delayed two hours because of flooding and unsafe road conditions.

Meteorologist Evan Andrews said the rain was expected to last through the "slow" morning rush hour. He said it would start to diminish after 9 a.m. and scatter out by noon before drying out Wednesday afternoon. 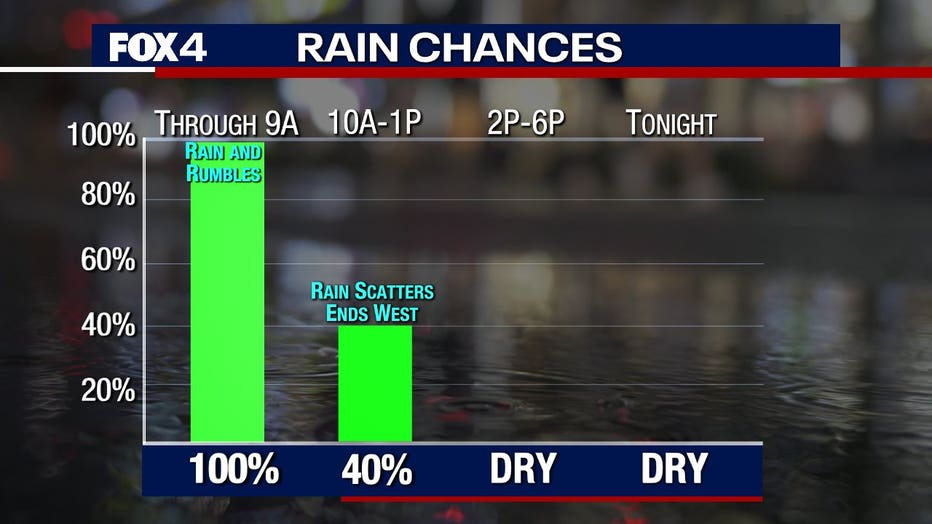 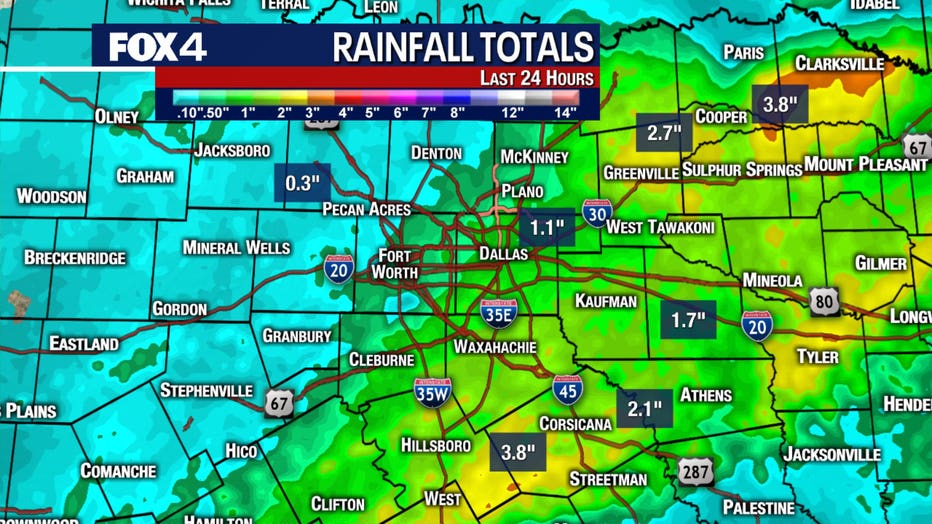 And thankfully, once the soaking is over there are drier days in the forecast. Temperatures should stay in the 50s Wednesday and then turn chilly and brisk on Thursday and then cool on Friday. Saturday and Sunday will be milder with temperatures in the 60s and 70s. 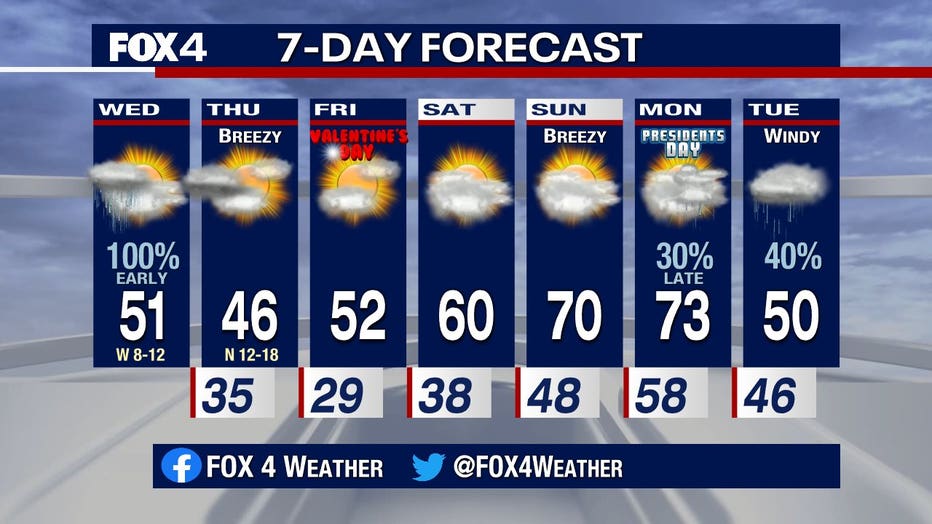