The new guidelines say vaccinated travelers are less likely to get and spread the virus, but the CDC still recommends safety measures like wearing a mask, social distancing and hand washing.

You could be among the first passengers aboard the largest cruise ship in the world.

On Tuesday, Royal Caribbean International announced that it had opened bookings for the first voyages aboard its new ship, Wonder of the Seas, which will set sail from Shanghai and Hong Kong in 2022.

Wonder of the Seas is still being built, but when it is finished, it will be the "world’s largest cruise ship," Royal Caribbean said in its announcement.

Royal Caribbean’s newest ship will set sail in March next year with 4- to 9-night voyages.

Journeys departing from Shanghai -- between March and November -- will visit Japanese cities including Osaka, Fukuoka and Kobe, as well as the islands of Okinawa. 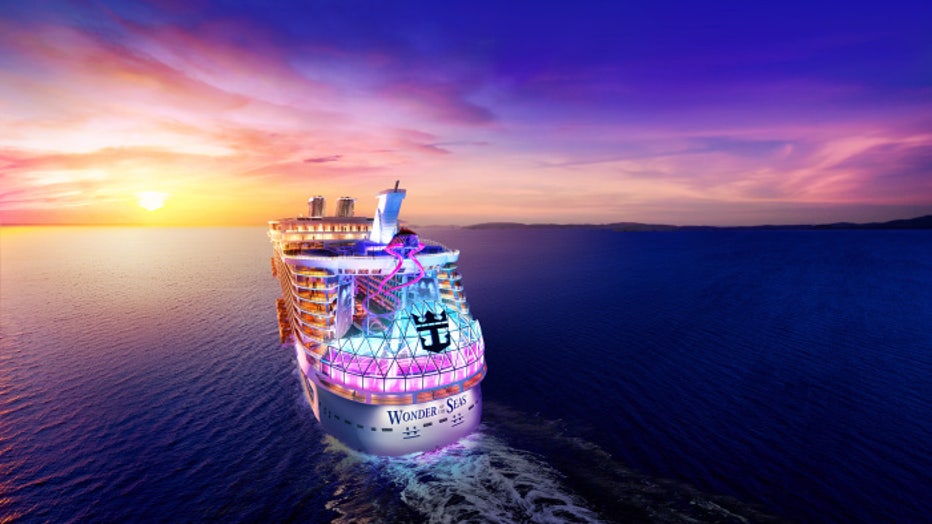 Between November 2022 and January 2023, Wonder of the Seas will depart from Hong Kong and will visit Chan May, Vietnam; Busan and Jeju, South Korea; Kochi and Okinawa, Japan; and Taipei, China, Royal Caribbean said Tuesday.

"China continues to be one of the most important parts of the world for Royal Caribbean," Michael Bayley, Royal Caribbean International’s president and CEO, said, in part, in a statement. "We have won the trust of our partners and the favor of travelers and built on that significantly since we first set sail 12 years ago." "It will be a remarkable moment to see years of partnership realized when the industry’s newest, most innovative ship becomes Shanghai’s new city skyline and takes cruise travel beyond imagination," Bayley added.