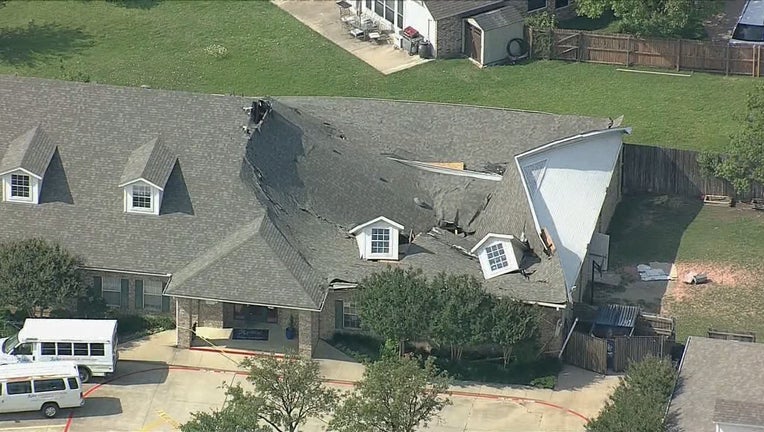 TROPHY CLUB, Texas - There were no injuries a roof collapsed at a daycare in the city of Trophy Club, north of Fort Worth.

Police say there were children inside Xplor Preschool Friday afternoon when it happened, but everyone got out safely.

It appears there was some indication the roof needed work because the school had a roofing contractor on site earlier in the day, according to the fire chief.

Sometime after the contractor left, staff members say they heard cracking sounds and moved the 20 children to another part of the building.

According to the police chief, the roof caved in 45 minutes later. One employee was knocked down but not injured. The staff rushed everyone outside.

There was no bad weather or strong wind at the time, so it's not exactly clear why the roof was weakened to begin with.

Parents were reunited with their children in the parking lot.