Rockwall police are asking for the public's help after a robbery at a very busy QT convenience store.

ROCKWALL, Texas - Rockwall police are asking for the public's help after a robbery at a very busy QT convenience store.

The incident happened on August 2 after 6 a.m. and police hope surveillance images they released can help people identify the suspect.

Rockwall Police Lieutenant Aaron McGrew said the man was dressed like he was headed to a worksite.

“The suspect had on a reflective safety vest as though he might work on some construction site and also had an orange face covering he was using that also looked like it might have been issued by an employer,” McGrew said.

Police said he walked into the QuikTrip at Interstate 30 and 205 and initially asked the clerk one question and left. But he came back shortly after that.

“The second time he returned he pulled a gun from his waist band and pointed it at the clerk demanding money,” McGrew said.

But he might have made a mistake while making money demands.

“At one point the suspect pulls down his face mask. So anybody that knows the individual will have a decent face shot and likely be able to recognize him,” McGrew said. 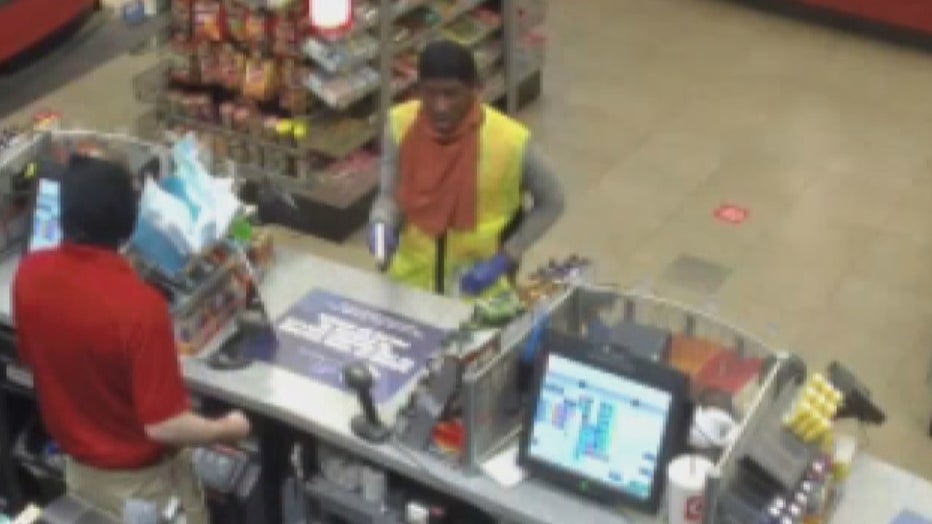 “I feel like if you know the individual you'll be able to tell who he is,” McGrew said.

Anyone with information is asked to contact Rockwall police or can remain anonymous and call CrimeStoppers.