Thousands of families in Rockwall County frustrated after being without water

There are 2,500 households and families in North Texas who have spent the day without water after their provider ran out. Those impacted said they are frustrated about the lack of notice about how dire things got.

ROYSE CITY, Texas - There are 2,500 households and families in North Texas who have spent the day without water after their provider ran out.

Those impacted said they are frustrated about the lack of notice about how dire things got.

RCH Water gets its water from the city of Rockwall.

The company said it only received notice from the city of Rockwall about the issue Monday, and that's when it asked its customers to start conserving, but it was too late.

"You would think they would have notified us there was a watering concern or water level issue," Royse City resident Steve Hanson said. "But no, we received no information, no phone calls, no upates on the website that alerted us that we would not have water."

Hanson, like thousands of others, said he was shocked when he turned on his faucet Wednesday morning. 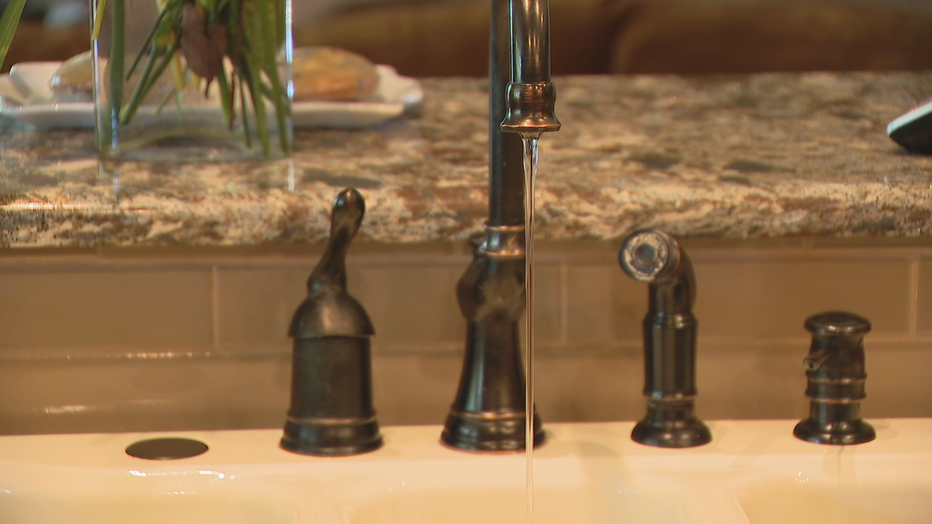 The same thing happened to all RCH Water supply customers, including those in the small Rockwall County community of McLendon-Chisholm.

"My biggest concern is how long will this take?" said Lourdes Baker, who lives in McLendon-Chisholm.

Baker said the first sign of any problems was Monday.

"Monday was limit the use, based on your address. And then on Tuesday, we got another notice, no more outside watering," she recalled.

Then, Wednesday, there was no water at all.

RCH receives its water supply from the city of Rockwall.

The president of the board did not return FOX 4’s phone calls, but a field tech did.

He told said that Monday was the first notice they received about supply issues from the city of Rockwall.

Hanson said he is frustrated about the lack of information from RCH.

"I asked to speak with a supervisor, and they said no one is available," he said. "As a consumer, I would have expected to receive an email. They have all of our accounts. They have our phone numbers, a text alert. I would have expected to receive something other than just, ‘Hey, go to our website and look at it.’ It’s not normal for a consumer to get up and just randomly got to their water [website]."

RCH Water Supply said they are working to get the water back on by 6 p.m. Wednesday.

FOX 4 asked the field tech if this could happen again later this week, and he said maybe if people don't get the message about how serious the supply issue is.

The company has also issued a boil water notice on its website once service is restored.