The 78-year old woman barely survived the heinous attack, but she was able to give investigators a detailed description so they could make a sketch.

KAUFMAN COUNTY, Texas - The Kaufman County Sheriff's Office needs to find the person who tied a 78-year-old elderly woman to a chair and set her house on fire.

The incident happened on Oct. 15 in rural Kaufman County, about 45 minutes southeast of Dallas.

The 78-year old woman barely survived the heinous attack, but she was able to give investigators a detailed description so they could make a sketch. Her attacker is described as a heavy-set woman with strawberry hair wearing a black hoodie and gold-rimmed glasses.

The elderly victim is in guarded condition but stable. Investigators are still working to determine if the attacker may have known the victim somehow. Right now, they believe the attack was random.

It was just after 9:30 a.m. on Oct. 15 that Donna Beeman noticed heavy smoke coming from her neighbor's home. So she called another neighbor, Melissa Davis, to help as she called 911.

“I got to the kitchen, and there was flames coming up about the middle of the kitchen floor about this high. Davis recalled. “I got there. Was hollering at her. Ran back out. Then ran to that front door. I couldn't get through that front door, so I came back in and tried it again.”

Both women say the smoke was too thick to see much inside.

“I went around to one of the windows and I started beating on it until I broke it,” Beeman recalled. “And I started hollering through that window and we were trying to flag anybody down.”

A stranger stopped to help. He went into the house a few times but he was forced to retreat because of the smoke.

“He runs in. About 30 seconds later, he comes out and he says she’s tied up,” Davis recalled. “He runs back in. He’s in there for several minutes.”

Eventually, the strangers and first responders were able to get the victim out.

“She was tied up with wire and rope on her wrists,” Davis said. “And her ankles were tied to a chair with both, and the chair had been knocked over.”

“She looked like she was in pretty bad shape,” Beeman said. “I couldn’t see any burns, but you could tell she had a lot of smoke inhalation. She was barely conscious and barely breathing.”

Investigators say the woman was in ICU for several days before she was able to provide a detailed description of the female attacker with strawberry hair. 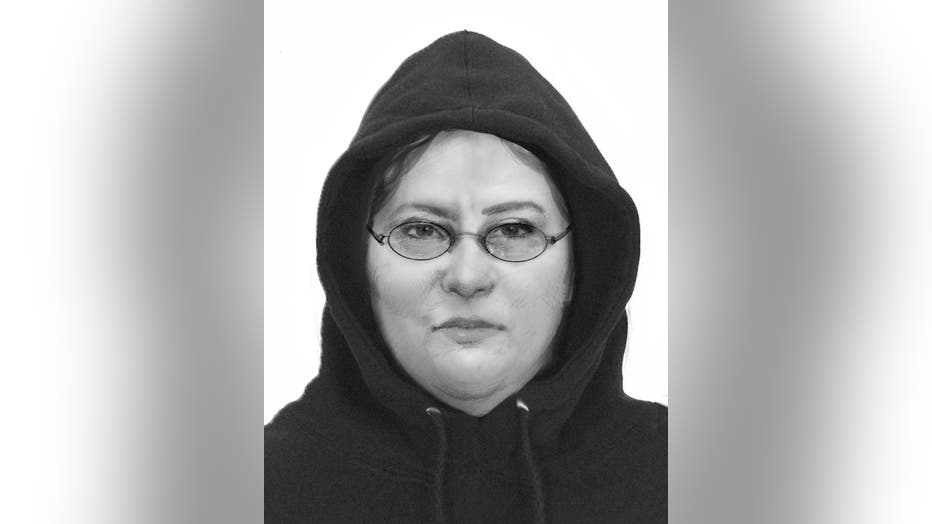 “She forced her way in using a firearm, tied her up, took a few items and then set fire to the house,” said Kaufman County Sheriff Bryan Beavers.

Investigators are still trying to track down the perpetrator.

“Right now, we believe it's random,” the sheriff said. “But we need everybody to keep their ears and eyes open.”

“I’ve had trouble sleeping just knowing this person was out there,” Beeman said. “And I can’t imagine even a person being so evil.”

Neighbors say the victim still has a long recovery ahead of her and will need to go to a rehab facility after she's released from the hospital.

The sheriff's office is working with the Texas Rangers to investigate. Since releasing the sketch, they've gotten a few leads but are still urging the public's help.