Richland High School will no longer use Rebels mascot

In a special meeting called Friday afternoon, the Birdville ISD Board of Trustees unanimously voted to remove the controversial mascot and all related imagery after hearing comments from students, alumni, and parents.

In a special meeting called Friday afternoon, the Birdville ISD Board of Trustees unanimously voted to remove the controversial mascot and all related imagery after hearing comments from students, alumni, and parents.

This is just the latest effort to make this change. The issue previously came up in 2015 when a Fort Worth civil rights group filed complaints to the TEA and the Department of Education over the controversial mascot.

At the time, many in the district were against the change, but board members noted many have now changed their mind.

Klie just graduated from Richland this year, but she and her friends saw an opportunity to make a lasting impact on her school, creating a change petition to remove the Rebels mascot that got well over 20,000 signatures of support.

“It's really hard to come into a school and to trust your administration to trust your teachers when the first thing that you see before you're introduced to anybody, before you start taking classes, like, when you're just becoming a freshman, and you take a tour of this building is just Confederate branding,” Klie explained. 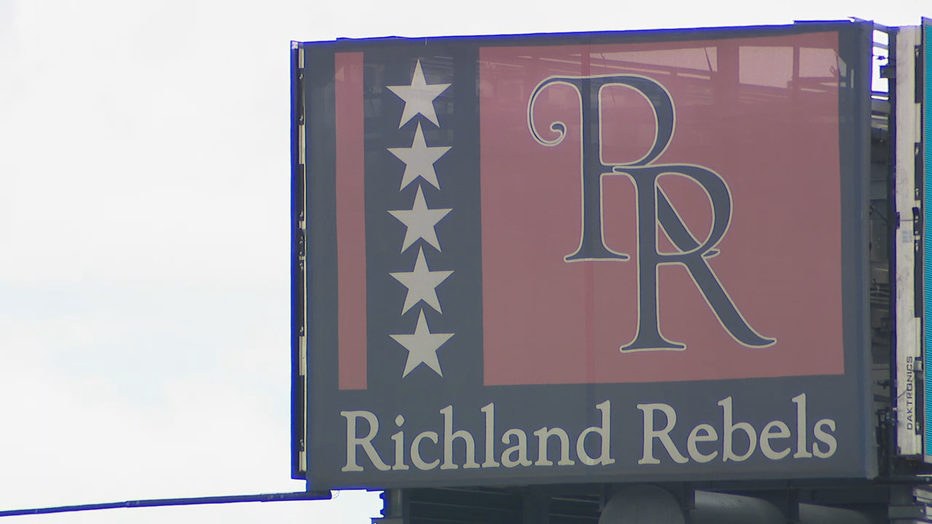 In a special meeting to discuss the topic, trustees read emotional public comment submitted by email from nearly 300 students, alumni, and others. Many called for change and recounted the racism they endured on campus.

“The worst thing they did though was to create a life-size doll of me with a noose, they hung me from the light rod in the auditorium stage. It was a mock lynching,” one of the public comments explained.

Many said the mascot and related traditions condone a culture of racism.

But it’s not just the mascot that’s a problem, according to some students.

“Our fight song is actually a song that they changed the lyrics to a Confederate March. It's called Bonnie Blue. Blue Flag, and the actual lyrics are very reverent of the Confederate south. And then we also have our spirit team is called the Johnny Rebs,” Klie said.

Not everyone was on board with the proposed change, and those comments were also read aloud at the meeting.

“This is ridiculous to change the mascot, people need to grow up and its history and for goodness sake, it’s a school mascot,” one person’s public comment said.

Previous attempts by civil rights groups to get the district to drop the Confederate themes failed.

In 2015, groups that wanted to keep the Rebel mascot convinced the school it was a good idea.

But now, the overwhelming majority among the community and the board were against it, eventually voting unanimously to remove the mascot and related imagery.

“Rebel is a word, but words have power. Today when I vote, I will raise my hand to take power from that word,” Birdville ISD Trustee Kevin Dilks said.

The board's vice president said they’re going to go about changing the Rebel mascot and symbols around school as fast as they can, but asked for the public's understanding with certain limitations and costs.