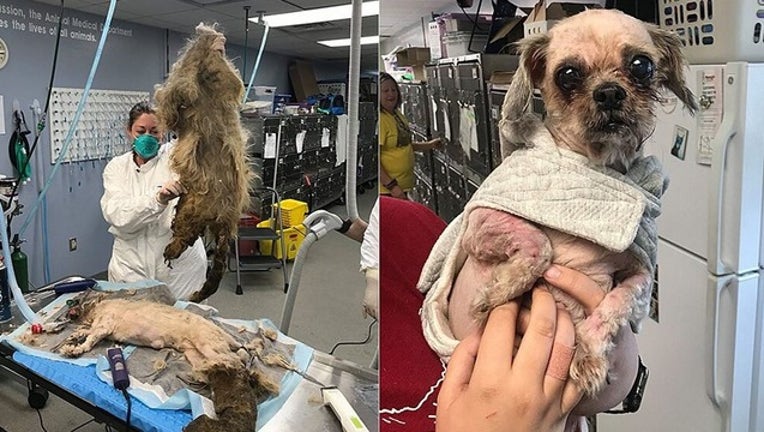 One 11-pound Shih Tzu had 9 pounds of matted hair removed from her tiny body after being rescued by the Nebraska Humane Society (NHS) in one of “the worst” needs for a haircut the shelter had ever seen. 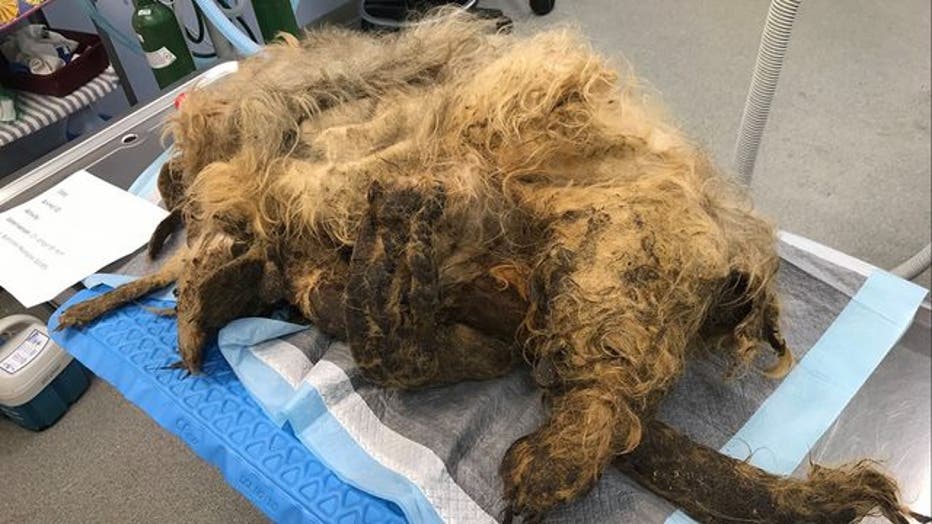 The neglected 11-year-old pooch, named Ellie Mae, was carried into the Omaha shelter in a storage tote as she couldn’t walk due to her immense tangle of “smelly, hideous” hair and knotted, 7-inch nails, the animal rescue revealed in a Sept. 13 blog post.

Ellie Mae had been discovered by people sent to tidy up the home of her late owner, who had recently passed away. The cleaning crew was reportedly shocked to find the pup, who they didn’t know the owner had.

"This is probably the process of over a year of not having access to care," NHS veterinarian Dr. Amber Horn told KETV of the Shih Tzu’s painful state.

"[Extreme matting is] kind of like having a blood pressure cuff completely inflated all the time on your arm. That's how she felt constantly all over her body," shelter groomer Jenna Baseler explained.

Before the experts could get to work cleaning her up, Ellie Mae was anesthetized and given a breathing tube, WOWT reported. It took one hour to remove the matted hair – that weighed nearly as much as the dog did – and cut back her 7-inch nails covered in “hair, feces, and years of grit,” according to the NHS. 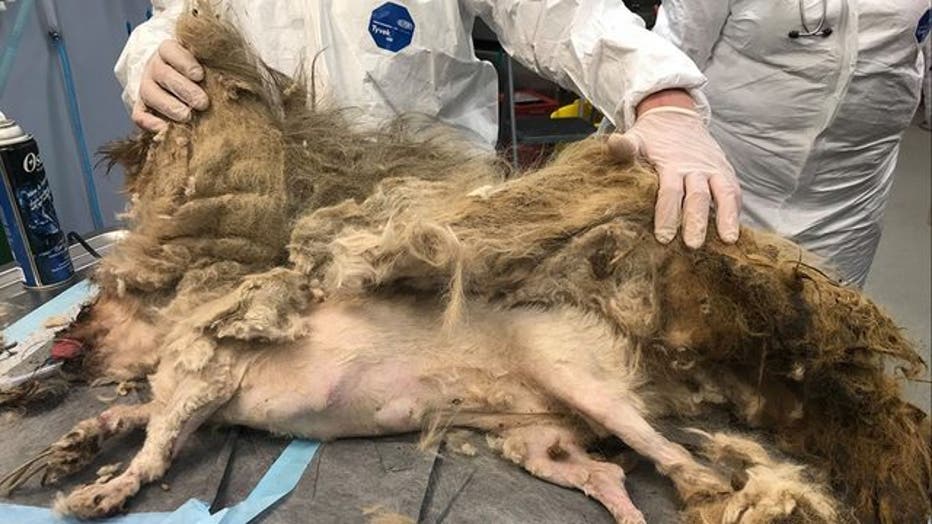 The veterinary team soon discovered that the miniature dog also had one infected foot and needed dental work, hernia surgery and antibiotics to fight further infection.

Nevertheless, five hours after the procedure, the brave dog took her first steps outside — and was delighted to do so.

“She stumbled a bit as she likely hadn't walked in quite some time. But with each outing she grew stronger,” the NHS said. “Two weeks later she loves to explore and greets everyone with a sweet face and a happy demeanor. She is mobile and seems to appreciate being able to move and sniff and see the world before finding warm blankets to curl up in.”

Last Friday, the animal rescue shared the sweet comeback story to Facebook, where it has since gone viral with over 4,000 likes and more than 1,000 shares.

“Now she's doing better than ever — she seems like a whole new dog,” the organization said. 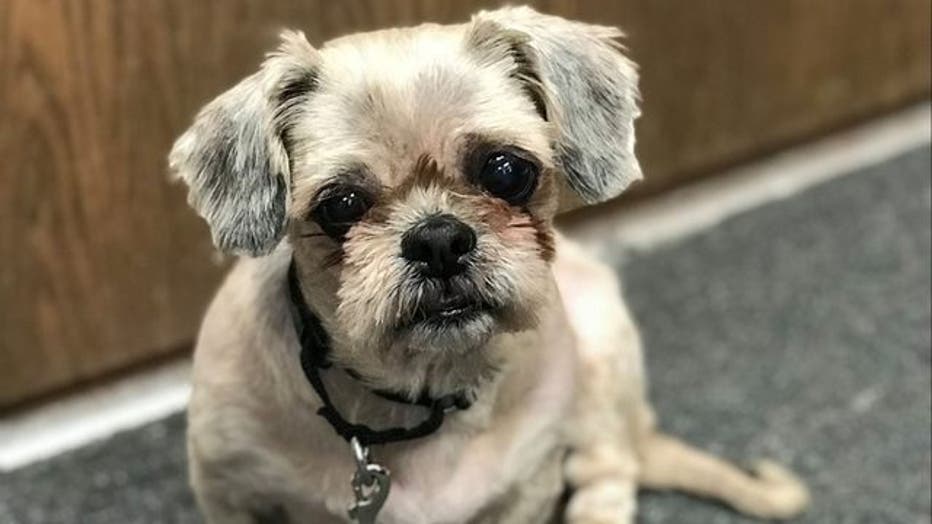 Pam Wiese, vice president of public relations and marketing for the NHS, told Fox News that the shelter has received a flurry of adoption requests for Ellie Mae. However, Wiese added that she will need to spend some more time recovering before she can be placed into a safe, loving fur-ever home.

“We have a list of folks interested in this little bean,” Wiese said. “Unfortunately she started coughing Friday night and is now being treated for kennel cough!”

Wiese explained that though kennel cough is not unusual for a dog that has undergone stress, noting that the poor pup “has already been through so much.”

“We will treat her and make sure she is fully recovered before sending her out!” she said.

Hopefully, little Ellie Mae will get the fairy-tail ending she deserves.