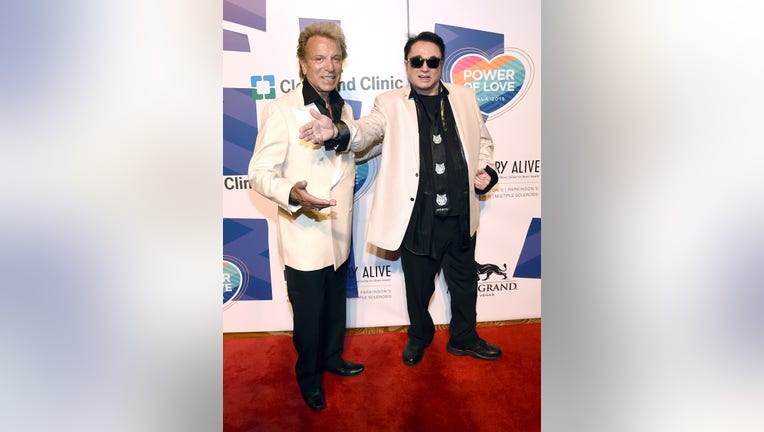 LAS VEGAS - Reports surfaced Friday that Roy Horn, half of the famous "Siegfried and Roy" entertainment duo, has died from COVID-19 complications.

According to reports by newspaper Las Vegas Review-Journal and FOX affiliate KVVU-TV in Las Vegas, Horn died at an area hospital.

Siegfried and Roy's career in Las Vegas came to an abrupt end in 2003, when Horn was attacked by one of his tigers.

According to Associated Press reports at the time, a tiger nearly killed Horn during a show.

As a duo, Siegfried and Roy first played Las Vegas in 1966, then returned as a featured act in 1974. They signed an unprecedented $57.5 million contract to play the Mirage in a theater bearing their name beginning in 1990. In 2001, after performing some 5,000 shows before more than 7 million people at the Mirage, they signed a lifetime contract with the resort.

The day after the attack, the Siegfried and Roy show at Mirage closed down.

"The world lost a legendary figure with the passing of Roy Horn," read a portion of the statement, attributed to MGM Resort's Acting CEO and President, Bill Hornbuckle. "His story, and the story of Siegfried & Roy, are larger than life. Roy helped change the face of Las Vegas and the world of entertainment with his big dreams."

This story was reported on from Phoenix. The Associated Press (AP) contributed to this report.