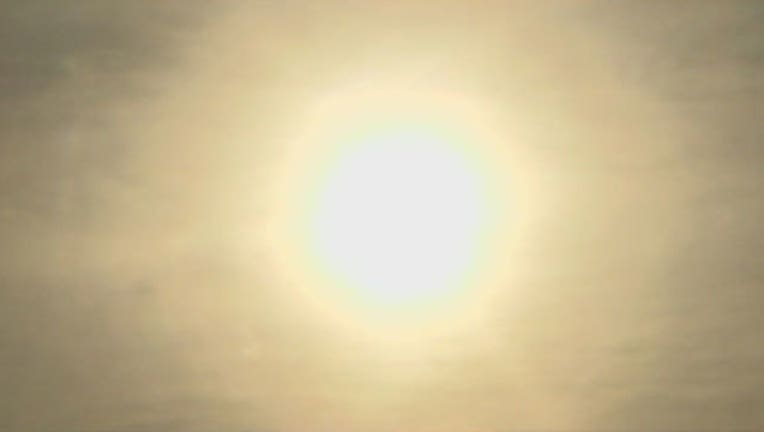 Scientists predict Texas will be the hardest hit state in the United States impacted by extreme heat if nothing is done to stop the increase in "heat-trapping emissions."

The report from the Union of Concerned Scientists -- titled "Killer Heat in the United States: Climate Choices and the Future of Dangerously Hot Days" – predicts a large increase in the number of extreme heat days reported in the U.S. in the coming decades.

Though, the report found that "that with rapid action to reduce emissions, many places can avoid prolonged, dangerous heat."

Texas would see the largest rise in extreme heat if nothing is done to reduce emissions, according to the report.

The "no action" prediction shows that global average temperatures would increase by nearly 8°F by the year 2100.

The "slow action" scenario would be if heat-trapping emissions start to go down by the year 2050, and that predicts an 4.3°F temperature increase by 2100.

The "rapid action" is if the goal of the 2015 Paris Agreement is met, and the global average only goes up 3.6°F.

Predictions show that the number of days with a heat index above 90°F, 100°F, 105°F, and "off the charts," would greatly increase here in the Lone Star State if no action is taken.

But if "rapid action" is taken, those days would only slightly increase.

For example, historically, Texas as a whole experiences zero "off-the-charts" days in an average year.

While in the "rapid action" prediction, Texas would only have an average of one day a year with an "off-the-charts" heat index.