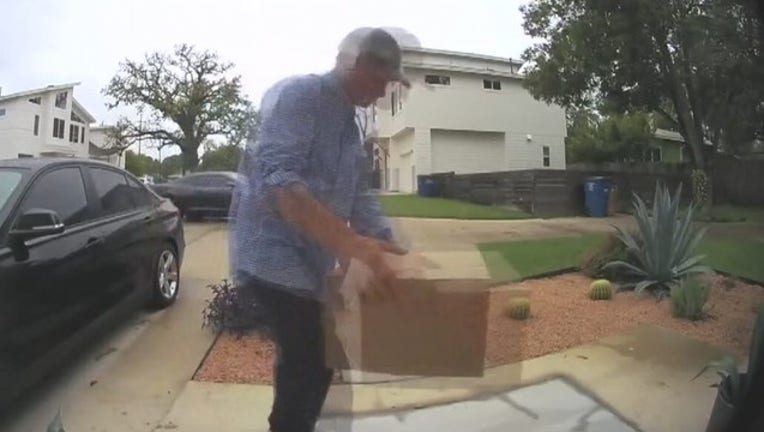 AUSTIN, Texas (FOX 7 Austin) - Porch pirates are out in full force for the holidays. According to Safewise, a home security website, Austin ranks number one as the more likely city to get a package stolen, during the holidays.

Houston and Dallas rank 7 and 8.

According to Package Guard, 11-million homeowners had their packages stolen last year. Package theft remains a growing problem as more people shop online especially during the holidays. Instead of Gail Lupton's front porch, she addressed her packages to the Round Rock Police Department.

This year, they've received about 300 packages and counting. "This is a way to assists our citizens to prevent these porch thefts that we and basically everybody across the nation has been experiencing," said Asst. Police Chief Alain Babin.

Lupton wanted to make sure her packages arrived not only on time but in the right hands this holiday season. Lupton’s precious cargo, included decorations for her daughter's wedding.

"I don't know what I would've done because we were ordering them and they were very hard to begin with so when we finally found them I was cautious about where I was going to have them delivered to," Lupton said. "I thank them very much for making this available for us because it keeps me grounded instead of being stressed out during the Christmas season."

If you do have packages sent to your home, use package delivery tracking and require a signature for delivery. If your package has been stolen check your neighbor’s surveillance video.

Any gifts sent to the Round Rock Police Department need to be picked up before December 22nd.