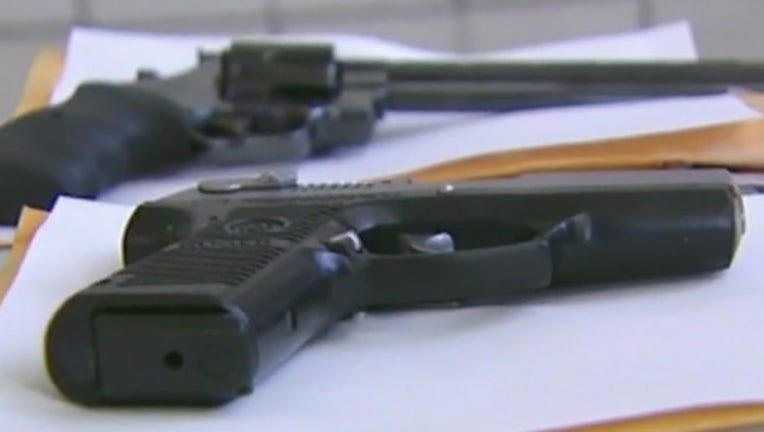 AUSTIN, Texas (FOX 7 Austin) - Almost a dozen new firearm laws went into effect in Texas on Sunday, just hours after a shooting that killed seven people and injured more than 20 in Odessa.

The laws loosen gun restrictions across the state. Texas has had four of the 10 deadliest mass shootings in recent history, including last month in El Paso when a gunman opened fire inside a Walmart, killing 22 and injuring dozens.

Three other mass shootings have taken place in Texas. Twenty-five people and an unborn child were killed when a gunman fired inside the First Baptist Church in Sutherland Springs in 2017. A gunman drove his truck through the wall of a Luby's cafeteria in Killeen in 1991 and shot and killed 23 people before taking his own life. A former U.S. Marine killed sixteen, injuring at least 30, shooting from the tower at the University of Texas at Austin in 1966.

The new gun measures were passed during the most recent legislative session which ended in June. The new laws include:

SB 535 allows licensed handgun owners to legally carry their weapons in places of worship, such as churches, synagogues or other places. The law comes nearly two years after Sutherland Springs.

HB 302 prevents homeowners or landlords from banning residents from lawfully possessing, carrying, or storing firearms or ammunition on rental property.

HB 1143 prevents school districts from prohibited licensed gun owners, including district employees, from storing a gun or ammunition in a locked car in the parking lot, provided neither are in plain view.

HB 2363 updates specifications on how foster parents can store their firearms in a foster home, including putting firearms and ammunition together in the same locked locations.

Hurricane Harvey prompted HB 1177, which prohibits Texans from being charged with a crime for carrying a handgun while evacuating from a state or local disaster area during times of natural disasters.

Licensed gun owners are also protected from trespassing charges by HB 121 if they immediately leave areas where guns are prohibited.

With HB 1387, the cap on the number of armed school marshals was lifted.

The new self-protection laws that are coming are not limited to guns. On Sunday, it became legal in Texas to carry brass knuckles, clubs and pointed keychains.