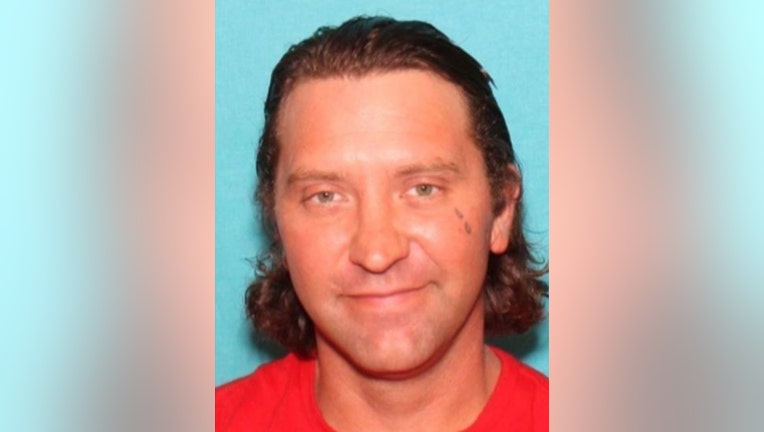 DALLAS - The gunman who killed seven people in West Texas over Labor Day weekend was arrested in 2001 for trying to break into a woman's bedroom after threatening to kill her brother, and hospital staff later determined he had "suicidal tendencies," according to arrest reports obtained by The Associated Press.

A day after the attempted break-in, Seth Ator, then 18, jumped from a second-floor window to evade authorities in Waco, a city about 105 miles (169 kilometers) south of Dallas. He was eventually taken into custody and hospitalized, the documents show.

It is unclear whether the events nearly two decades ago in Lorena, a Waco suburb, have any bearing on the Aug. 31 mass shooting that

But reports from the McLennan County Sheriff's Office obtained through a public records request portray a young man who was deeply troubled 18 years before authorities say he opened fire in a rolling rampage that spanned 10 miles (16 kilometers).

Officers killed Ator, 36, outside a busy Odessa movie theater after shootings that lasted more than an hour and injured around two dozen people in addition to the dead.

Asked about Ator's 2001 arrest, the FBI declined to comment on its investigation into the shooting.

Investigators are looking into how Ator obtained the assault-style rifle he used despite failing a background check. Last week, they searched the home of a man in Lubbock, who they believe was involved in the "transfer" of the weapon, a federal law enforcement official previously told the AP. The official said federal agents are investigating whether

Through high school, Ator moved between schools in the Texas Panhandle city of Amarillo and Lorena. He was set to graduate in 2001 but dropped out the preceding November to enroll in a GED program, Lorena Independent School District Superintendent Joe Kucera said in a statement.

The following summer, a family in Lorena, a community with a population of about 1,700 people, had a "series of problems" with Ator based on his "relationship" with their daughter, the sheriff's reports state. The AP is not naming the family because attempts to reach them were unsuccessful.

In July 2001, the mother of the family told a deputy that Ator threatened to kill her son. The next month, Ator tried to break into the daughter's bedroom around 3:30 a.m., removing a window screen "in an attempt to contact her," according to the reports. The daughter told Detective Mylie Hudson that she woke up and then saw Ator driving away in his father's vehicle.

The AP's attempts to reach Ator's parents were unsuccessful.

The next day, officers found Ator locked inside a bedroom at a Waco apartment where his friends lived. As the officers knocked on the door and tried to get Ator to unlock it, he opened a bedroom window and jumped to the ground two stories below, the reports state. Hudson wrote that he and other officers searched the apartment complex's grounds but could not find Ator.

The following day, the reports state, officers arrested Ator at another building for criminal trespass and a "suicide threat." He was then taken to a local emergency room.

Staff at the hospital's psychiatric and drug abuse facility evaluated Ator, and an officer at the county jail was informed of Ator's "suicidal tendencies" when he was moved to the jail that day, according to the reports. Ator's parents also told deputies their son had threatened and tried to take his own life, the reports say.

Officials at Ascension Providence hospital in Waco, where Ator was treated, did not respond to questions sent by the AP on Tuesday.

Ator eventually pleaded guilty to evading arrest and criminal trespass. Court records indicate he was ordered to attend Narcotics Anonymous meetings as part of his probation. The attorneys who represented him did not respond to the AP's requests for comment. The misdemeanors themselves would not have prevented Ator from legally purchasing firearms in Texas.

Federal law stipulates a limited number of reasons why someone would be prohibited from buying or having a gun. Among them are if the person has been convicted of a crime punishable by more than a year in prison, has a substance abuse addiction, was dishonorably discharged from the military, was convicted of domestic violence or was the subject of a restraining order, or if they have been involuntarily committed for a mental health issue.

FBI records show that in 2018 more than 26 million background checks were conducted, and fewer than 100,000 people failed. The vast majority of those denied were for a criminal conviction. Just over 6,000 were rejected for a mental health issue.

Hudson, the now-retired sheriff's deputy who investigated Ator, told the AP he remembers few specifics about dealing with the man in 2001.

"He just came across as being a nut who didn't want to take no for an answer," said Hudson, 74. "Obviously he had problems back at that time."