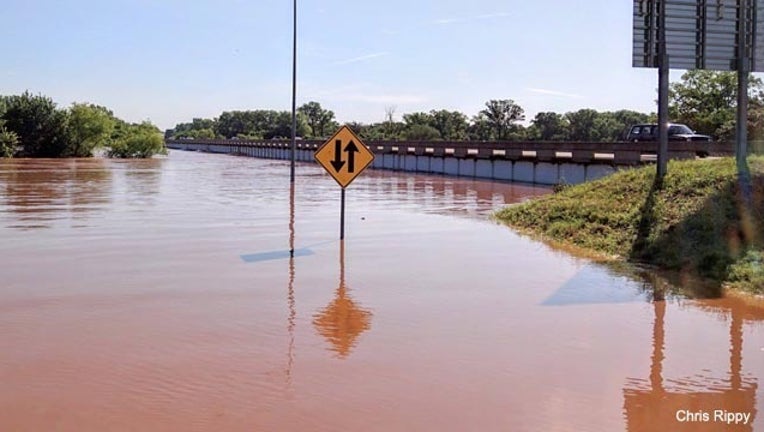 Water in the Red River at the Texas-Oklahoma border is in danger of shutting down Interstate 35.

Officials from the Texas and Oklahoma Department of Transportation are monitoring the water levels in case they need to close the road.

ODOT officials said on Twitter Friday morning the road remained open as of midday, but was being closely watched.

ODOT was discouraging travel along I-35 in the southern part of the state. NB I-35 remained closed near Turner Falls, OK due to rock slides.

The Red River was at 42 feet as of Friday afternoon, which is above the previous record high of 40.1 feet.