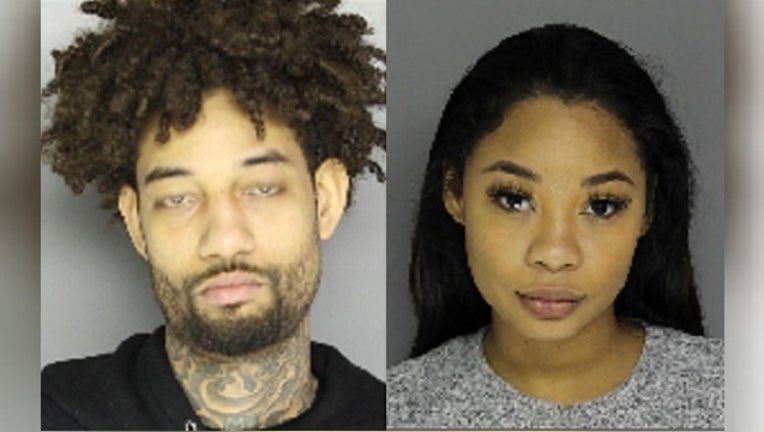 BENSALEM, Pa. (FOX 29) - Police in Bensalem have arrested two people, including a well-known rap artist, on narcotics and firearms offenses after executing a search warrant at the home of one of the suspects.

On Sunday, authorities executed a search warrant on 104B Konefal Street in Bensalem Township around 12:40 p.m.

Investigators say they received numerous complaints of loud parties and a constant smell of marijuana at the property. A search warrant was obtained after a follow-up investigation led police to believe the resident, Rakim Hasheem Allen, was selling marijuana.

Allen is a well-known rap artist known as “PnB Rock.”

After executing the search, police say they found approximately four pounds of marijuana, scales, packaging material, more than $33,000 in cash, and a stolen .40 caliber Glock handgun.

Allen was charged with possession with intent to deliver, possession of narcotics, receiving stolen property, and related offenses.

Stephanie Sibounheuang was inside the home at the time of the search, and was also charged with possession of narcotics, receiving stolen property, and criminal conspiracy.