A man is now facing charges for starting a fire that is not related to the nearby wildfires. The fire destroyed the historic Second Baptist Church in the town of Ranger.

RANGER, Texas - Fire destroyed a church in Eastland County but that did not stop its members from coming together to worship on Sunday.

Investigators also arrested a man for starting that fire.

Police said that man intentionally started the fire in the small town of Ranger. It destroyed several buildings, including the Second Baptist Church. 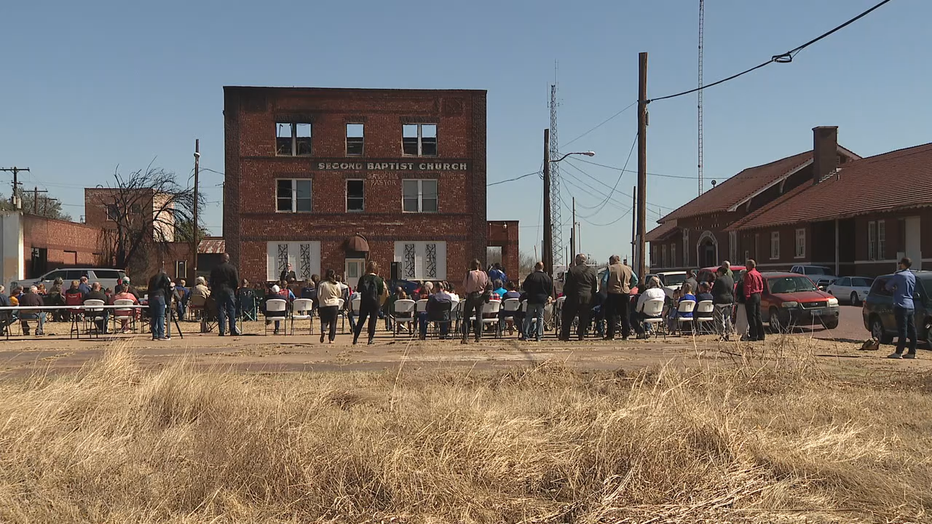 Sunday’s service was unlike any other.

The church in Ranger normally has just about 15 members. But on Sunday, other area churches canceled services so members could show support for Second Baptist.

They gathered across the street from where the more than 100-year-old church once stood. They brought lawn chairs and met in the parking lot for praise and worship.

"You know, we all understand that God doesn’t promise us that bad things won’t happen. He promises that when it does, he’ll be there with us," said Wendy Rodgers, a member of the church.

Pastor Wade Berry said it’s a reminder that the church is the people, not the building.

"There’s just this palpable fear mingled with disbelief," he said. "As followers of Jesus we know that we will have trouble but we also know that God is with us."

The Ranger Police Department arrested Robert James over the weekend for starting the fire that burned several structures in Ranger.

Investigators determined it started near 400 South Marston Street and quickly spread from there because of the dry windy conditions.

James is charged with five counts of felony arson.

It was a Sunday service people of Second Baptist Church Ranger will never forget.