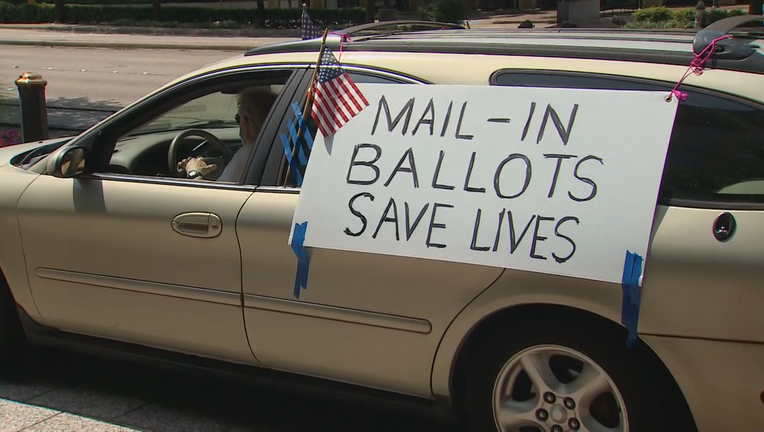 DALLAS - People held a caravan rally in Dallas Saturday to push for an expansion to mail-in voting.

They drove by Senator John Cornyn's office with signs saying “protect our vote.”

Organizers said election centers pose too big of a threat to many voters and poll watchers.

Mail-in voting is being debated nationwide.

President Donald Trump has said it could cause election fraud.

Some Texas leaders have also pushed back against the idea.

There is an ongoing legal battle over the expansion of vote by mail in Texas.

"Just expand it for now we don’t have to keep it forever, but if we find that it’s a great way to do it, it cost less, we could look at that later,” said Diana Burns, president of the Clean Elections Texas Education Fund. “But right now, people should not be the deciding whether they’re going to risk their life to vote. No."

Similar arguments are playing out in states across the country.